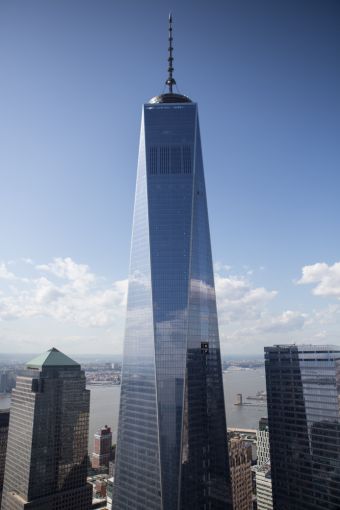 The Durst Organization can move forward with expansion of its pre-built and built-to-suit program at 1 World Trade Center by three more floors.

Port Authority of New York & New Jersey commissioners approved giving $31.5 million to grow the project at the bi-state agency’s monthly board meeting in Jersey City, N.J., today. The 3-million-square-foot tower will now have eight floors of pre-built space following the vote by the bi-state agency, which owns 1 WTC with Durst. The three-year-old program has been expanded upon several times and is currently just under 70 percent leased, which is about the same occupancy percentage for the entire building.

The plan calls for $30 million to be allocated to construction of the pre-built and built-to-suit spaces, which are finished before a tenant is even signed, and fees associated with the work. The remaining $1.5 million will be spent on upgrades to the ground-floor entrance and lobbies on some of the building’s floors.

Port Authority Executive Director Patrick Foye said the program has been successful in filling the massive building over the last three years. “The pre-builts have been a home run, frankly,” Foye said during a post-meeting press conference.

Durst currently has pre-built and built-to-suit spaces—designed by the tenant and paid for by the landlord—on the 45th through 47th, 83rd and 84th floors.

A spokesman for the landlord said the 48th, 49th and 76th levels will be added to the roster of floors. Design work for those spaces has already begun, with construction beginning in August, he added. The pre-built offices will likely be done by the end of the year.

There are 25 tenants signed on to those levels since the Port Authority first approved the program in 2013. That amounts to about 166,000 square feet of the total program, or 67 percent, according to an agenda for today’s meeting.

Durst has championed the program for smaller tenants who might not take 1 WTC’s full floors, which run from 32,000 to 48,000 square feet. The pre-built floor plates typically run no smaller than 2,000 square feet and no larger than 20,000 square feet, as Commercial Observer reported.

Asking rents for these pre-built truncated offices have been in the high-$70s to $80s per square foot, as CO reported in October 2015.

“The Manhattan market is diverse and is largely fueled by smaller deals,” Karen Kuznick, Durst’s leasing manager at the tower, said in a statement to CO. “The sub 20,000-square-foot market complements the larger deals at [1 WTC] and gives smaller tenants access to the best views and exposures in New York City.”

Update: This story was edited to include comments from Executive Director Patrick Foye.