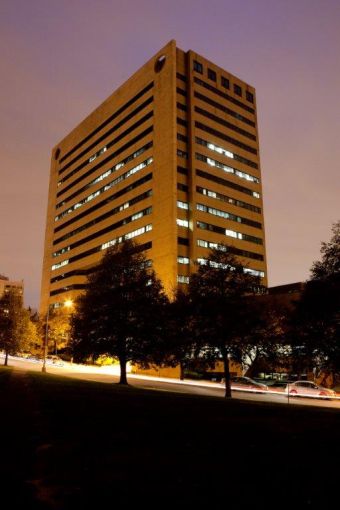 Queens-based Plaza College has expanded by one half its size at 118-35 Queens Boulevard in Forest Hills.

The school has finalized a 15-year, 21,107-square-foot lease for the whole third floor of the Muss Development-owned building, according to a press release from the landlord. Now the college has a total of 61,107 square feet at the 375,000-square-foot Queens property. Plaza College will use the new space for classrooms and administrative offices, according to The Wall Street Journal, which first reported news of the deal.

Plaza College currently occupies the first and second floors, totaling about 40,000 square feet, according to CoStar Group. It moved into the property between 78th Crescent and 78th Avenue in May 2014.

“Forest Hills Tower continues to be an in-demand destination for a diversity of tenants seeking Class A office space in Queens,” Jason Muss, the principal of Muss Development, said in prepared remarks. “Our prime location provides tenants with multiple transportation options in a newly renovated, well-run property with hands-on management. Tenants appreciate the time we take to understand their operational needs and work to provide them with the best possible experience.”

Asking rent in the deal was $38 per square foot, according to a spokesman for the landlord. William Korchak and Kyle Crennan of JLL represented Muss in the deal, while Roy Chipkin of CBRE worked on behalf of Plaza College.

“It’s a true testament to how much our tenant appreciates Forest Hills and its superb location,” Chipkin said in a statement via a spokeswoman.

The center will be moving to the 16-story building at the end of this year from nearby Woodside, Queens, and was looking to expand from its current footprint at 6002 Queens Boulevard between 59th and 61st Streets. Asking rent in the Child Center of New York deal was also $38 per square foot.

Korchak and Crennan represented Muss in the transaction, while Gail Roseman of Sholom & Zuckerbrot Realty represented Child Center of New York. Ms. Roseman did not immediately return a request for comment.

In 2012, Muss signed a roughly 200,000-square-foot lease with the Federal Emergency Management Agency in the wake of Superstorm Sandy. Now most of that space has come available, paving the way for these leases, as the Journal noted.