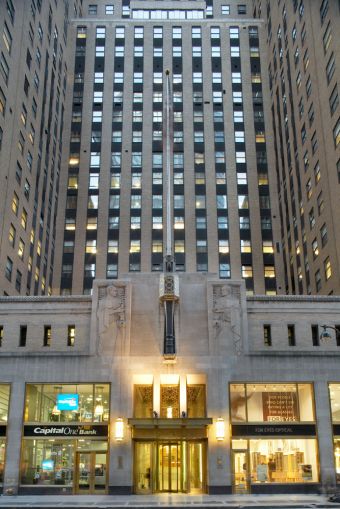 The renewal space at 420 Lexington Avenue amounts to 87,944 square feet, or the entire 15th floor and part of the 14th floor, and the expansion includes 26,765 square feet on part of the 14th floor, which was previously occupied by multiple tenants. New York Life needs the space for “organic growth,” Steven Durels, SL Green’s director of leasing and real property, said via a spokeswoman, and the expansion will be phased over 2017 and 2018. Asking rent in the deal was $65 per square foot.

“We’ve enjoyed a long relationship with New York Life and are delighted that they have chosen to expand at the Graybar Building,” Durels said in a statement to Commercial Observer. “We worked with New York Life and their brokerage team to structure a transaction which provides for phased expansion and a long-term occupancy. There were a lot of moving parts to the transaction including use of temporary swing space, tenant relocations and infrastructure upgrades but all sides worked tirelessly to work out details which resulted in a superior outcome.