After Years on the Market, Esprit’s West 34th Street Space Gets a Subtenant: Superdry 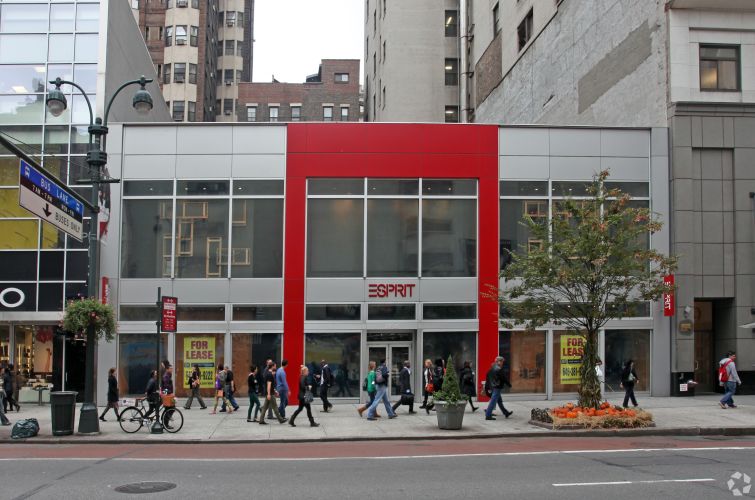 Contemporary brand Superdry has signed a sublease to take over Esprit’s three-floor space on West 34th Street between Fifth Avenue and Avenue of the Americas for its New York flagship, Commercial Observer learned at the International Council of Shopping Centers’ RECon in Las Vegas. The store will open on July 15.

The deal at 21-25 West 34th Street is welcomed news for Esprit, which was saddled with the space after closing the store a couple of years ago.

“It’s a great brand for the street,” said CBRE’s Richard Hodos, who represented Esprit in the sublease with colleague Joseph Hudson.

The space is about 16,000 square feet, 6,500 square feet of it at grade, according to JLL’s Michael Hirschfeld, who represented Superdry, which combines vintage Americana and Japanese-inspired graphics with a British style. It will be far larger than any of its other locations and will have a full product line.

The deal is for seven years, he noted, declining to talk about rent. But a source with knowledge of the deal said the transaction was done at less than $3 million a year, about $2 million less than the original asking price, with a capital contribution.

Esprit opened at 21-25 West 34th Street in 2010 in space subleased from Apple after then-Apple Chief Executive Officer Steve Jobs famously visited the site and deemed the block unworthy of an Apple store, as the Observer previously reported. (The German-headquartered Esprit announced it was closing all of its stores in North America in early 2012.) The site is owned by Jeff Sutton.

The 34th Street site is the first store in the U.S. that is being opened by the company, rather than a licensee. “This is the first deal done by the company,” Mr. Hirschfeld confirmed. “The company is opportunistically looking at additional locations for future store openings.”

About 18 months ago, he said, Superdry bought out the licensee and assumed the 13 Superdry locations. In New York City, that includes one in Times Square, which will remain open, one on Lexington Avenue, which has a lease expiring this year, and one in Noho, which will be terminated, Mr. Hirschfeld said.

Superdry is “repositioning stores and right-sizing them,” Mr. Hirschfeld said.