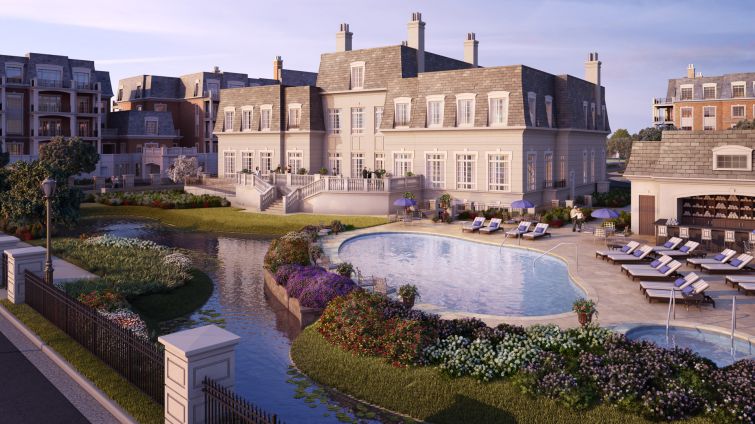 RXR Realty is staying true to its Long Island roots right now, on its hunt for an aggregate of $347 million in financing for two multifamily developments in Nassau County, Commercial Observer has learned.

The firm is looking to secure a $150 million construction loan for the second and final phase of its Ritz-Carlton Residences in North Hills, Michael Maturo, president and chief financial officer at RXR, told CO.

RXR has completed phase one of the Ritz-Carlton Residences, which is located just off the Long Island Expressway at 6000 Royal Court, and is nearly sold out. Of the 120 new constructed condominium units, roughly 100 have been sold at an average asking price of $1,100 per square foot. Construction on the final phase, which will take two years to complete the 120 units, should commence in either the late third quarter or early fourth quarter of 2016.

The Ritz-Carlton-branded development is a gated community with a 25,000-square-foot clubhouse that has a fitness center and yoga studio, an indoor and outdoor pool, a theater, a bar, a game and billiards room and a golf simulator.

Separately, Mr. Maturo said that RXR is seeking $110 million and $87 million mortgages for the development of 385 rental and 167 condo units at Garvies Point in Glen Cove. In total, the real estate company will invest roughly $1 billion in the city of Glen Cove as part of a master plan that calls for 1,110 residential units, 75,000 square feet of retail, 2,381 parking spaces, three marinas, and 27 acres or more of public space.

According to the development’s website, Garvies Point will create roughly 1,000 construction and permanent jobs. Public amenities will include a 1.1 mile-long waterfront esplanade, 5.4 miles of walkways and trails, a bike path, a dog park, a boat launch, a restaurant and cafe, and access to Glen Cove’s Ferry Terminal and future commuter ferry service to New York City.

RXR is looking to close on the two construction loans by the third quarter of this year, and the construction timeline for the first residential portion of the Garvies Point development will take two years.