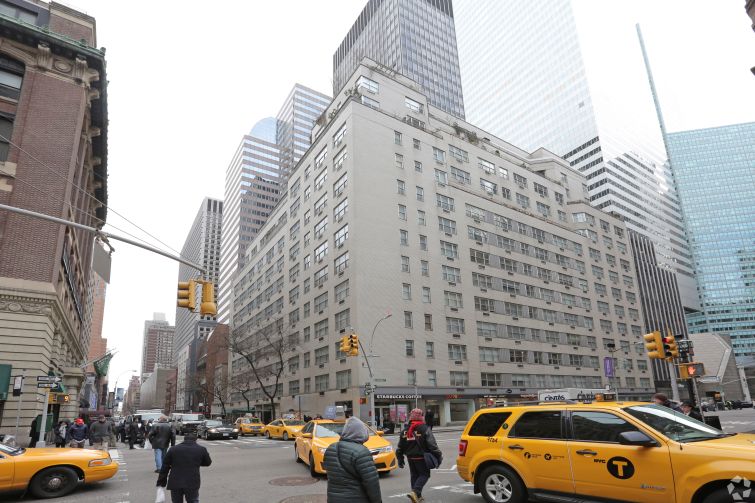 Glaze Teriyaki and Untamed Sandwiches will be opening outposts on the ground floor of Rudin Management Company’s 136 East 55th Street between Third and Lexington Avenues, Commercial Observer has learned.

Glaze Teriyaki is taking 1,977 square feet at the 204,269-square-foot, mixed-use building, according to the landlord. The Seattle-style teriyaki joint will relocate to the building from its current Midtown East location across the street at 638 Lexington Avenue between East 54th and East 55th Streets, Glaze Teriyaki Founder Paul Krug said in a press release.

“We are very excited to be moving our original location across the street to a larger space so we can provide a better environment for our customers,” he said.

The restaurant has four locations in Manhattan and a fifth in the Dumbo section of Brooklyn. Glaze Teriyaki signed a 2,300-square-foot deal for an outpost at Dumbo Heights in the outer borough, as CO reported in February. The company will be at 117 Adams Street, part of the five-building complex. (Disclosure: landlord Kushner Companies’ chief executive officer, Jared Kushner, owns Observer Media, which publishes CO.)

For Untamed Sandwiches, which locally sources its ingredients and specializes in braised meat sandwiches, the new 1,493-square-foot location at 136 East 55th Street will be its second in New York City. Untamed Sandwiches first opened at 43 West 39th Street between Avenue of the Americas and Fifth Avenue.

“We can’t wait to open the doors on a brand new Untamed Sandwiches at 136 East 55th Street,” Andrew Jacobi, the co-founder of Untamed Sandwiches, said in a statement. “The neighborhood is ripe for a high-end sandwich shop, and we look forward to getting to know our neighbors and serving them up some amazing sandwiches.”

The 15-story building has 192 residential rental units, according to the landlord. The combined 3,470 square feet leased accounts for roughly 20 percent of the property’s retail space. Starbucks is among the other tenants in the building, according to CoStar Group. Both leases are for 10 years, and asking rent was $200 per square foot. Both eateries are expected to open at the end of this year.

Ike Bibi of RKF represented both tenants in the deals, while Thomas Keating of Rudin represented the landlord in-house.

“We are delighted to welcome Glaze Teriyaki Grill and Untamed Sandwiches to our property at 136 East 55th Street,” Rudin CEO William Rudin said in prepared remarks. “Our strong corner location on Lexington Avenue, coupled with its close proximity to the 53rd Street-Lexington Avenue subway station, makes it an ideal location for these unique food retailers.”