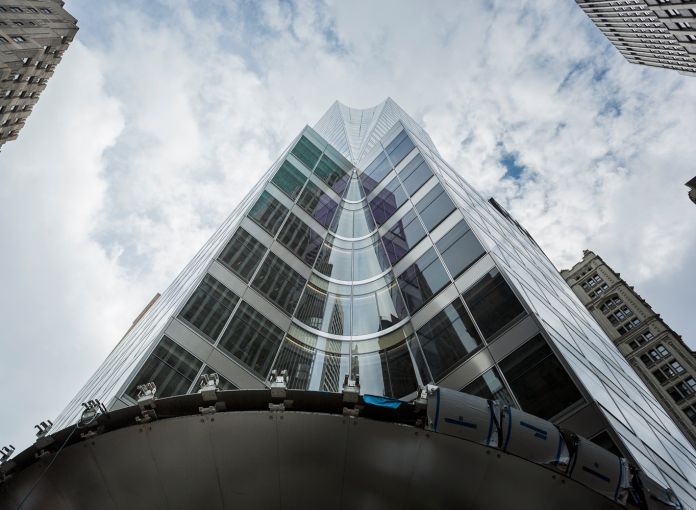 A subsidiary of mega asset manager Schroders is taking a chunk of the available space at Bank of China’s 7 Bryant Park, according to CBRE, which represented both sides of the deal.

Schroders Investment Management North America, the Schroders wing that handles the United States and Canada, has signed a lease for 73,796 square feet at the year-old property that was developed by Hines and sold to Bank of China in 2014.

The lease is for 15 years, according to The New York Post, which first reported news of the deal, citing previous reports in which the asking rent was north of $100 per square foot. Schroders will be on part of the 16th floor and the entire 17th through 21st floors, according to CBRE.

“After thoroughly evaluating all potential opportunities in the marketplace, 7 Bryant Park achieved the perfect blend of Schroders’ financial, operational and qualitative criteria,” Stuart Eisenkraft of CBRE, who represented the tenant, said in prepared remarks. “7 Bryant Park represents the best of new construction that Midtown Manhattan has to offer, with all of the aesthetic and wellness benefits associated with being located at the doorstep of Bryant Park.”

The asset manager will leave behind 875 Third Avenue between East 52nd and East 53rd Streets when it moves to 7 Bryant Park next year. Schroders leases 53,500 square feet at that location, according to CoStar Group.

Bank of China announced last year that it would only occupy 40 percent of the 471,000-square-foot building that it bought for $600 million, as Commercial Observer previously reported. That left 282,600 square feet of the 28-story property to be leased out.

“The commitment by Schroders to make 7 Bryant Park its North American headquarters validates the office tower as one of the few true trophy buildings in the Bryant Park submarket,” Howard Fiddle said in a statement. “We are excited about the prospects for the seven remaining floors at the top of the building.”