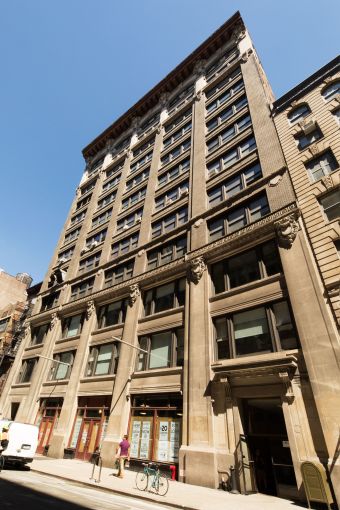 Urban Arts Partnership, an education group focused on the arts, will double its current office size in a move to the Flatiron District this year.

The 25-year-old group has signed a lease for 11,502 square feet of the 128,657-square-foot 39 West 19th Street, according to a press release from the landlord. It will have the entire fifth floor of the Rosen family-owned, 12-story property between Avenue of the Americas and Fifth Avenue.

“I’m thrilled Urban Arts Partnership is moving to West 19th Street as we enter the next phase of growth for our organization and the schools we serve,” Philip Courtney, the group’s chief executive officer, said in prepared remarks. “The location is wonderfully situated in the nexus of an inspired arts community, with the entrepreneurial energy of the tech sector and the ongoing legacy of civic engagement in the nearby Union Square neighborhood. This makes it the perfect new home for [Urban Arts Partnership].”

The organization is moving from 21 Howard Street between Lafayette Street and Broadway, where it leases 5,000 square feet. It’s slated to move into its new digs on West 19th Street this summer, according to The Wall Street Journal, which first reported news of the deal.

“Koeppel Rosen commends [Urban Arts Partnership’s] work in enhancing student potential through intellectual, social and artistic development,” Mr. Goodkind said in a statement. “It’s a pleasure to have a non-profit of this caliber join the ranks of inspiring and creative firms within the Rosen portfolio.”

The landlord is also planning to upgrade components of the 105-year-old building, including the Art Deco lobby, the release indicates. Kahn Architecture has been tapped to handle the restoration. The building is home to the first stateside location for the London-based Burger & Lobster. The eatery, which offers just three menu options, recently inked a deal for its second U.S. outpost at One Bryant Park.