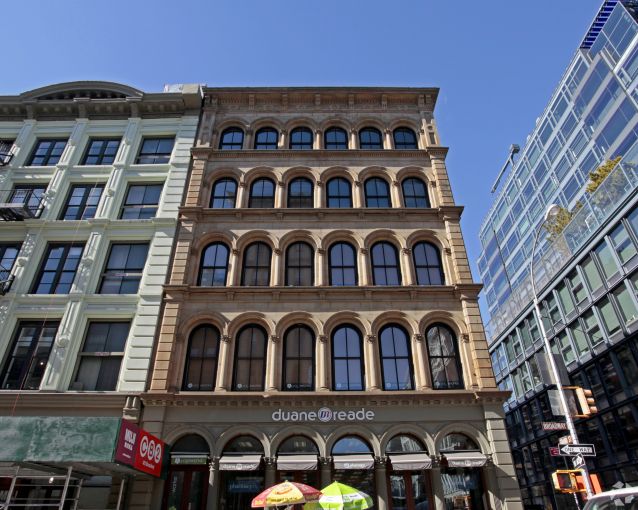 1/0 Capital, an investment firm in the consumer credit and technology sector space, has found new digs in a Chetrit Group building in Soho, Commercial Observer has learned.

Website builder Squarespace has subleased 1/10 Capital 12,500 square feet at 459 Broadway, spanning the fourth and fifth floors at the property between Grand and Howard Streets, also known as The Devlin Building, according to Bertram Rosenblatt of Vicus Partners, who represented 1/10 Capital along with colleague Roy Abraham.

1/0 Capital’s deal is for four years, which is when Squarespace’s 10-year lease expires, Mr. Rosenblatt said, and the asking rent was $72 per square foot.

“It’s just really about putting everybody in one place, with all of the brands under one roof,” Mr. Rosenblatt said. He added that the new offices were great because they’re “flooded with light,” 1/0 Capital has rooftop access, the building is in “the right place” and it’s convenient for the founder and his wife, who live nearby.

Paul Myers and Rocco Laginestra of CBRE represented Squarespace in the deal. The brokers declined to comment via a spokeswoman.

Yoga Works is in 6,500 square feet each on the second and third floors, according to CoStar Group, and Gem Realty is in 500 square feet on the ground floor.