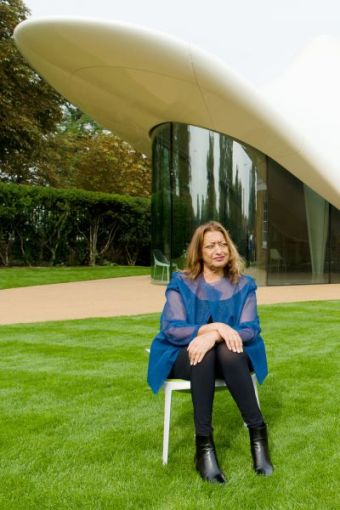 Zaha Hadid, who died on March 31, 2016, outside her design for an extension of the Serpentine Sackler Gallery in London in 2013 (Leon Neal / AFP / Getty Images).

In the summer of 1972, I received a lucky break: a coveted scholarship to the prestigious Architectural Association, or AA, in London at a time when the Conservative government had curtailed mandatory student grants.

This international roundtable often convened at the AA bar, where I first met Zaha Hadid. I remember our first encounter as intimidating, not because of Hadid herself (who was always interested in all she met) but because of her circle, her tales of Baghdad and reverence for her mentor Mohamed Makiya. But Boyarsky had created an ideal milieu, adopting a “unit” structure (where we each selected our preferred professors), and although Hadid and I chose different mentors, we often critiqued each other’s work. We had dissimilar styles but were both exhilarated by the freedom Boyarsky encouraged.

To continue reading this story on Observer click here.