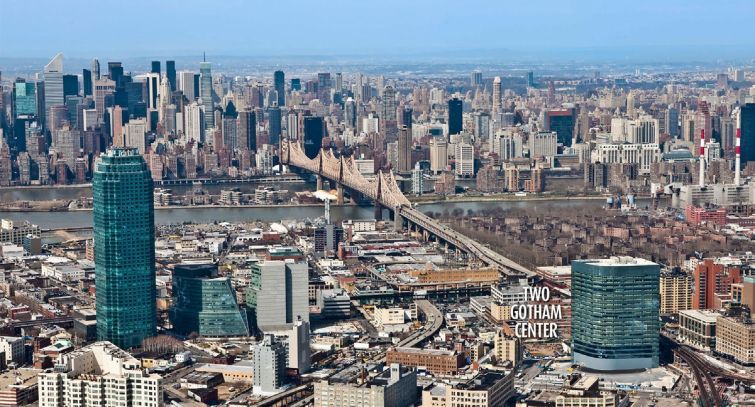 An affiliate of Tishman Speyer is looking for tax breaks in connection with the construction of a $706.7 million two-tower Class A commercial project in Queens, according to the company’s benefits application with the New York City Industrial Development Agency.

Tishman Speyer is seeking $65 million in city tax exemptions and deferrals for the development, NYCIDA documents indicate. Of the $65 million, $8.3 million are NYCIDA benefits, a NYCIDA spokesman explained, and $56.6 million are Industrial and Commercial Abatement Program, or ICAP, benefits provided through the New York City Department of Finance.

Construction is slated to commence next year and the project should be open three years later.

The 26-story property will contain 1.1 million square feet of office space, 20,000 to 40,000 square feet of retail space and a 388-space, 80,000-square-foot parking garage, according to the cost/benefit analysis by the NYCIDA, a division of New York City Economic Development Corporation. WeWork signed a lease for 285,000 square feet in one of the buildings, The Real Deal previously reported.

Tishman Speyer is also looking to raise $145 million in EB-5 financing for the two structures, dubbed One and Three Gotham Center, TRD noted.

NYCIDA will hold a public hearing on the tax incentives on May 5.