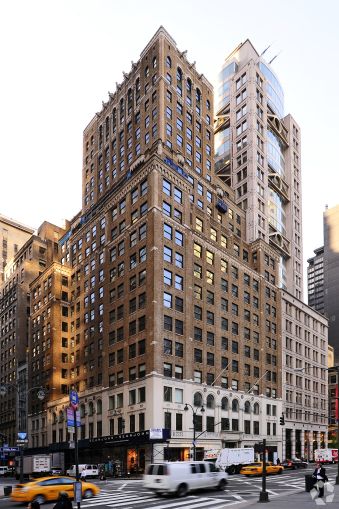 As if it wasn’t enough that the Kansas City Royals beat the New York Mets in the World Series and the opening game of the 2016 baseball season, its companies are now invading the Big Apple.

Kansas City-based Populous is opening its first New York City office at 475 Fifth Avenue between East 40th and East 41st Streets, according to The Wall Street Journal. The firm is taking about 3,000 square feet, which will be home to 10 to 20 employees, the company’s principal and head of the New York Office, Jonathan Mallie, told the paper.

Terms of the deal were not immediately available. Mary Ann Tighe, Mike Movshovich and Evan Fiddle of CBRE represented Populous, while Brian Waterman, Scott Klau and Erik Harris of Newmark Grubb Knight Frank represent the owners, TIAA-CREF and Norges Bank Investment Management, in the deal at the 275,700-square-foot building. The NGKF brokers did not immediately return Commercial Observer’s request for comment via a spokeswoman.

“It is always a privilege to represent a brilliant company when they open their first office in our city,” Ms. Tighe said in a statement via a spokeswoman. “Populous has already contributed to New York via their design for the new Yankee Stadium. Now we have the benefit of their talented team on a permanent basis. By the way, Populous announced their first [New York City] office on the Yankee’s 2016 opening day. Perfect!”

This isn’t Populous’ first rodeo in New York City, however. The firm, the former sports wing of HOK, designed Yankee Stadium in the Bronx and Citi Field in Queens, which both opened in 2009. Mr. Mallie, who left SHoP Architects in 2015, also worked on the Barclays Center in Brooklyn, The Journal noted.

At 475 Fifth Avenue, Populous will be joining tenants such as Pinterest, which signed a 32,000-square-foot deal there in May 2015, as CO previously reported. And denim retailer G-Star RAW signed a retail lease for 3,400 square feet in November 2015, as CO reported.

Update: This story was edited to include a quote and the brokers for the tenant.