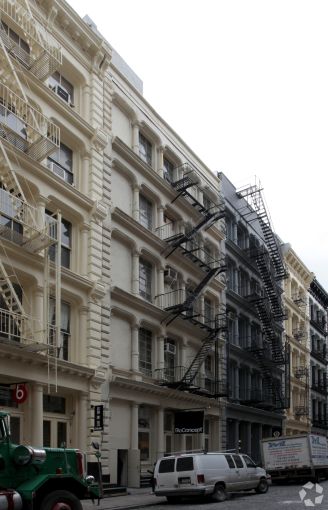 As the temperatures in Manhattan start to tick up, Burton Snowboards is melting its current New York City flagship store and sliding across Soho to 6,400 square feet at 69 Greene Street.

Commercial Observer has learned that the snowboard, outerwear and accessories retailer and manufacturer will occupy 3,000 square feet on the ground floor of the property between Spring and Broome Streets and 3,400 square feet on the lower level. Both sections will be used for the shop, according to JLL, which represented the tenant. Burton expects to move in next month.

JLL declined to provide the asking rent in the 10-year deal. Burton is expanding from nearby 106 Spring Street between Mercer and Greene Streets, where it has 4,500 square feet on the ground and lower levels.

“Greene Street is an ideal location for Burton as it will be surrounded by other youthful active lifestyle brands such as Patagonia and Diesel Black Gold,” JLL’s Robert Gibson, who represented Burton with colleague Davie Berke, said in prepared remarks. “Burton wanted to remain within the vibrant atmosphere of Soho, and thought the space and street offered a true  Soho feel.”

Burton’s new home at 69 Greene Street is a five-story residential property, which is owned by 69-73 Greene Street Owner LLC. The landlord paid $33 million for it and the adjacent building in 2012, as CO previously reported. One reason that space was attractive to the snowboarding company is it features 37.5 square feet of frontage, much wider than a normal retail space in Soho.

“Most buildings in Soho have a floor plate of 2,500 or 5,000 square feet, making it challenging for a brand that needs a footprint in the middle of that range,  ” Sinvin Real Estate’s Christopher Owles, who handled the deal for the landlord with colleague Sarah Shannon, told CO. “The width at 69 Greene provides for great frontage and generous interior proportions while also allowing a tenant to lease just the right amount of space for its needs.”