Lightstone Gets $75M for 10-Story Rental Tower in LIC 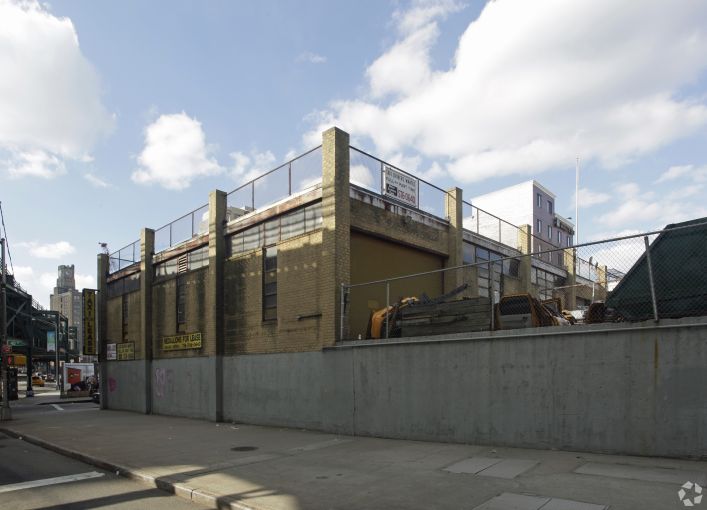 A view of the former parking garage from 30-17 40th Avenue that Lightstone purchased in January 2016. The developer is putting up a 10-story rental building in its place, which is slated to come online in 2017 (Photo courtesy: CoStar Group). danibalbi

Canadian Imperial Bank of Commerce lent $75 million to Lightstone Group for the construction of a 10-story rental building in Long Island City, according to documents filed with the city yesterday.

The mortgage is being used to fund the ground-up development at 30-02 39th Avenue, which will be comprised of 428 studios and one- and two-bedroom apartments. Amenities will include an outdoor pool and large sundeck, and monthly asking rents will start in the low-$2,000s, Scott Avram, senior vice president at Lightstone, told the Observer in January.

Lightstone purchased the former parking facility site, which is between 39th and 40th Avenues and 30th and 31st Streets, for $23 million from the garage owner in mid-January, city records indicate. The property is immediately adjacent to the 39th Avenue station for the aboveground N and Q subway lines.

The Manhattan-based developer broke ground on 30-02 39th Avenue in November 2015, and it is slated to come on line in the third quarter of 2017. Gerner Kronick + Valcarcel Architects is the architect of record, according to filings with the New York City Department of Buildings.

Real estate players have been active in securing financing for new projects the Long Island City neighborhood of Queens. Lightstone’s 428-unit rental is just over half a mile away from Tishman Speyer’s three-tower residential project at 28-02 Jackson Avenue, 28-30 Jackson Avenue and 30-02 Queens Boulevard. The company landed a $640 million construction loan from Bank of America Merrill Lynch and Wells Fargo for the project in December.

More recently, Bank Leumi funded two deals for ground-up developments in Queens’ westernmost neighborhood, including a $36 million construction deal for Lions Group NYC’s 18-story residential tower at 42-10 27th Street. The bank also provided $15.5 million in financing for Hakimian Organization’s 15-story multifamily property at 41-32 27th Street.
A spokesman for Lightstone declined to comment, and a representative for CIBC was not immediately available to comment.