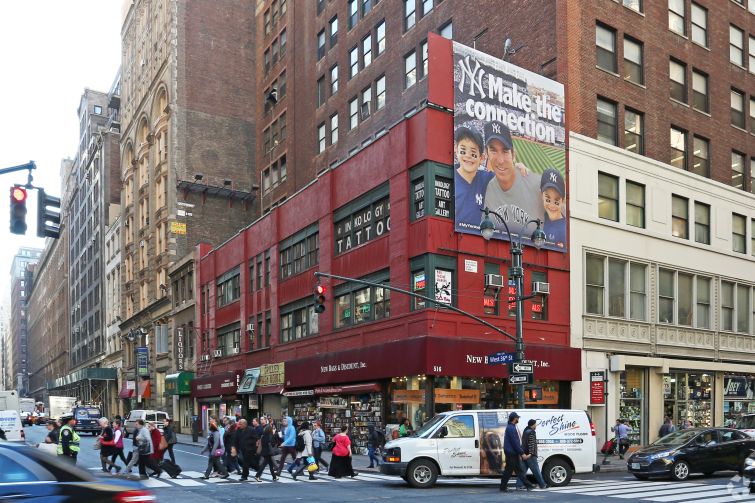 The stretch of Eighth Avenue between West 35th and West 36th Streets is becoming a one-horse corner.

At least it looks that way after an investment group led by Walter & Samuels Chairman David Berley closed on 516 Eighth Avenue for $25 million, Commercial Observer has learned. With the acquisition of this property, Mr. Berley’s portfolio in this swath of Midtown also includes 500 Eighth Avenue next door and 315 West 36th Street between Eighth and Ninth Avenues. The deal closed yesterday, according to a source familiar with the deal.

Jeffrey Spitzer, a Brooklyn-based doctor (not those Spitzers), is listed in property records as the owner of the structure. Meridian Investment Sales’ Abie Kassin, Lipa Lieberman and David Schechtman were shopping around the 7,500-square-foot site. The brokers confirmed they represented the seller, but declined to comment on the specifics of the transaction.

The red three-story building is fully leased, according to CoStar Group. Mr. Berley said in a statement provided to CO that the 85-year-old 516 Eighth Avenue was a property he’d sought to purchase for more than five decades.

“I have wanted to buy this building since the 1960s,” he said in prepared remarks. “This neighborhood will realize significant rent growth in the future.”

Interest in the area, a few blocks from development at Hudson Yards on the Far West Side, has indeed been increasing. In April 2015, coworking behemoth WeWork signed a deal at 315 West 36th Street for 136,118 square feet, as CO previously reported. Last October, Mr. Berley bought out the 35.5 percent stake SL Green Realty Corp. owned in the West 36th Street site for $115 million, as Real Estate Weekly reported. That came roughly three years after SL Green bought into the building

Walter & Samuels bought 500 Eighth Avenue, a which covers the rest of the avenue between West 35th and West 36th Streets, in 1996, according to city property records. The price of that transaction was not listed in records.