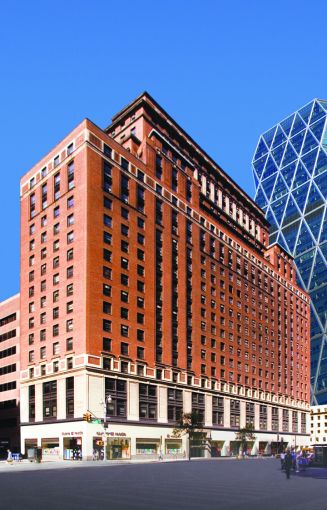 The insurance affiliate of Lighthouse Guild, which provides vision and healthcare services to the blind and visually impaired, is moving to Billionaires’ Row.

The 10-year deal includes the entire 10th floor and partial ninth floor in the 26-story, 530,716-square-foot building between Broadway and Eighth Avenue. GuildNet will move in this year, according to ESRT. The asking rent was $67 per foot. And the lease brings the building to 76 percent occupied.

“We have executed two recent full-floor transactions at 250 West 57th Street; COOKFOX Architects and now Guild Net,” said Thomas Durels, an executive vice president and director of leasing and operations for ESRT, said in prepared remarks. “We are creating five efficient full-floor opportunities with views from Times Square to Central Park, by consolidating over 60 suites.”

COOKFOX Architects is relocating to 20,000 square feet on the 17th floor on Jan. 1, 2017, according to CoStar Group. SCG Retail, the urban street division of Atlanta-based Shopping Center Group, moved into the building at the beginning of last year, as CO previously reported. Retailers in the building include Starbucks Coffee and Bank of America.

Brian Gell and Laurence Briody, Jr. of CBRE represented GuildNet in the deal. They declined to comment via a spokeswoman. Keith Cody of ESRT, along with Harry Blair and Sean Kearns of Cushman & Wakefield, represented the landlord.