Architecture Firm Draws Itself Up to Billionaire’s Row 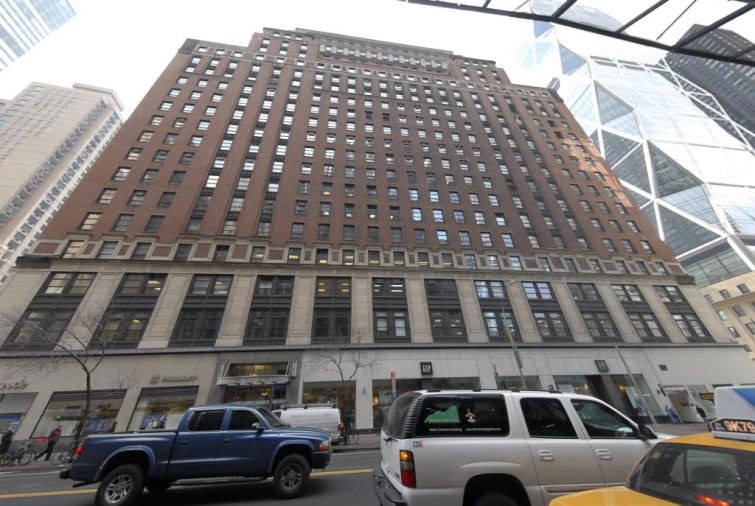 COOKFOX Architects, the design firm behind such projects as City Point in Downtown Brooklyn and 1 Bryant Park, is headed north in Manhattan to a full-floor space at 250 West 57th Street, a building which the landlord announced will be repositioned.

The architecture firm has inked a deal for 20,000 square feet on the 17th floor of the building between Broadway and Eighth Avenue, landlord Empire State Realty Trust announced in a press release. COOKFOX is relocating its headquarters from the Flatiron District, where it’s currently based at 641 Avenue of the Americas between West 19th and West 20th Streets.

COOKFOX signed on for 16 years at the 527,627-square-foot building, and the asking rent was $60 per square foot, according to The New York Post, which first reported news of the deal.

“In a move that combines rental cost savings, as well as spectacular space design that matches their own high standards, COOKFOX is moving from Ladies Mile to Billionaire’s Row,” Ms. Tighe said in prepared remarks. “Their new home will not only have more space and light, but also outdoor terraces on the east and west of the building that will accommodate COOKFOX’s commitment to the environment as evidenced by their extensive plantings and beehive to produce their own honey.”

ESRT is planning to renovate parts of the building at the beginning of next year, the landlord announced in a press release. That includes a new lobby, spruced up storefronts and elevator cabs.

“Our new lobby and efficient floor plates with an abundance of natural light will appeal to larger users,” Thomas P. Durels, ESRT’s head of leasing and operations, said in the release.

Mr. Durels also announced in the release that several floors will be refurbished and coming online as the building is spruced up. Those include the 10th, 14th, 23rd and 24th floors of the 26-story building, per an ESRT spokeswoman. Both the 10th and 14th floors are 25,000 square feet each, while the two upper floors are about 12,000 square feet each, according to CoStar.