C&W Leaving Last Vestiges of Massey Knakal Behind in Brooklyn 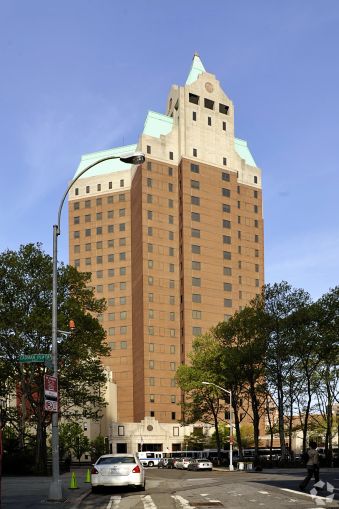 Commercial real estate brokerage Cushman & Wakefield is shedding the final remnant of what was Massey Knakal Realty Services in Brooklyn with a move from 205 Montague Street between Cadman Plaza West and Clinton Street.

C&W has signed a 10-year, 15,115-square-foot deal to relocate to 1 Pierrepont Plaza a block north, sources informed Commercial Observer. C&W acquired Massey Knakal in 2014 for $100 million, as CO previously reported, along with the office on Montague Street.

The firm will occupy a portion of the ninth floor of the 19-story building at 1 Pierrepont Plaza, which has an alternate address at 135 Pierrepont Street between Cadman Plaza West and Clinton Street. The property is owned by Forest City Ratner Companies, which is the New York division of  Forest City Realty Trust.

The office will feature an open floor plan to promote collaboration between investment sales brokers, and office and retail leasing brokers in the borough. The asking rent in the deal was not immediately available.

“Our lease was expiring—we also had a merger,” Jonathan Serko, who represented C&W in-house with colleagues Joseph Caridi and Betty Castro, told CO. “So we took the opportunity to review our needs, and when we did that we came out with a terrific layout and we saw a great opportunity to create a collaborative environment.”

The brokers will make the move following a build out of the new space, which Mr. Serko speculates will take three or four months.

Midtown Equities, the landlord of C&W’s current office at 205 Montague Street, has hired the brokerage to market the building as a development site that could yield a 300,000-square-foot property with 62 stories, as CO previously reported.