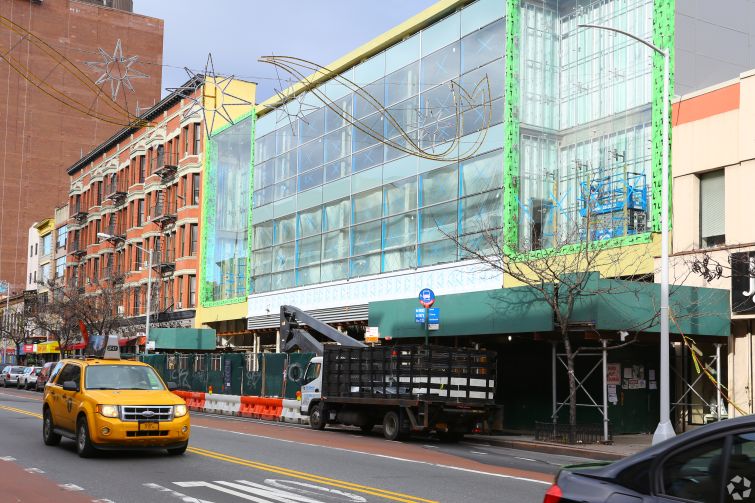 Clothing chain TJ Maxx is the latest tenant to sign on to Aurora Capital Associates and the Adjmi family’s mixed-use development at 5 West 125th Street in Harlem.

The retail giant has signed a 10-year lease for 20,000 square feet at the planned 130,000-square-foot building, which is wrapping up construction in the next few months, according Jared Epstein, a vice president and principal at Aurora Capital Associates. The asking rent in the deal was $50 per square foot, as The New York Post reported.

TJ Maxx will occupy the lower level of the six-story property, which will house 30 residential rental units on the upper floors. Bed Bath & Beyond will have the entire second floor of the building, while coworking firm WeWork is taking the entire third floor, as Commercial Observer previously reported.

TJ Maxx selected the building because of “the co-tenancy, the location, high volume of foot traffic and proximity to the future Whole Foods complex on Lenox [Avenue],” Mr. Epstein told CO. The landlords were represented by an in-house team at Aurora Capital Associates.

Ripco Real Estate’s Esther Bukai, who did not immediately respond to a request for comment,  represented TJ Maxx with colleague Richard Skulnick.

The landlords purchased the vacant site from RCG Longview in December of 2012 for $15.5 million, as CO has reported. Excavation of vacant land began in 2013. There is 18,000 square feet of retail space remaining in the building on the ground floor.