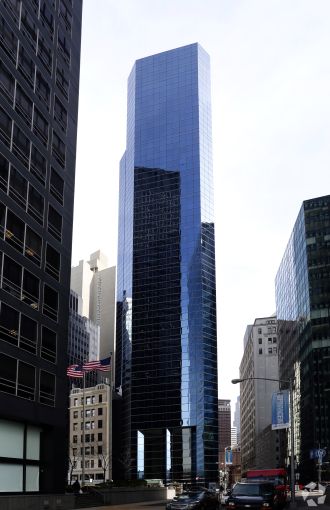 Downtown is apparently in style.

Bottega Veneta, a luxury fashion house that focuses on leather goods, is relocating its headquarters Downtown to the Broad Financial Center at 33 Whitehall Street between Bridge and Pearl Streets.

The leatherwear designer has signed a 10-year lease for the entire 16,889-square-foot 10th floor of the 30-story property. The asking rent in the deal was $55 per square foot, as The New York Post reported.

Bottega Veneta is moving from 697 Fifth Avenue, and has stores at 650 Fifth Avenue and Brookfield Place.

In addition to Bottega Veneta, menswear couture fashion house Brioni is also moving off Fifth Avenue to the Stawski Partners-owned 33 Whitehall Street. Both brands are under French-based apparel group Kering, but in a separate deal Brioni signed a 10-year lease for 8,500-square-foot space on a portion of the 14th floor. The fashion firm is relocating from 610 Fifth Avenue between West 50th and West 49th Street.

“We are excited about both Bottega Veneta and Brioni bringing their headquarters to 33 Whitehall,” CBRE’s Edward Goldman, who represented the landlord with colleague Jonathan Cope, said in prepared remarks. “The building will now have a much more diversified tenancy that correlates to the changes in the Downtown market.”

Brian Higgins, Chris Kraus and Charles Gerace of JLL represented both of the Kering-owned fashion firms in their transactions. A spokesman for JLL did not immediately return a request for comment.

Other fashion companies have been scurrying Downtown as well.

Gucci, which is also a Kering brand, signed a transaction for a 83,964-square-foot space at 195 Broadway in July last year to move from offices at 685 Fifth Avenue, as Commercial Observer reported. Hugo Boss also moved its North American headquarters from the Starrett-Lehigh Building at 601 West 26th Street to a 73,690-square-foot space at 55 Water Street.

And Alexander Wang is considering a move to 75,000 square feet at 115 Broadway, as Crain’s New York Business previously reported.