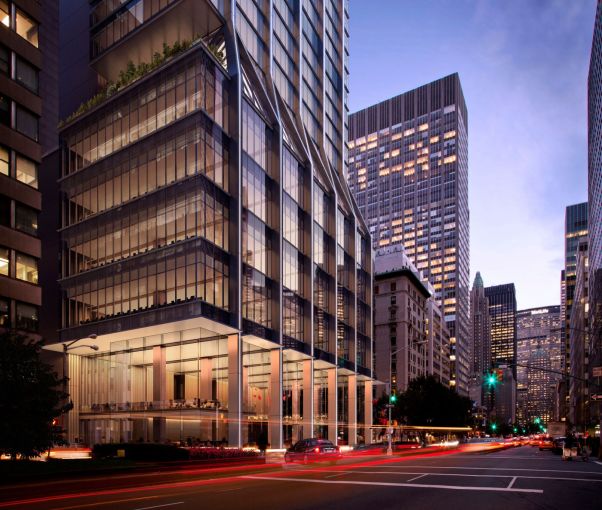 It was not immediately clear how many floors Citadel will occupy in the building between East 55th and East 56th Streets, which is currently under construction and set to open in 2018. The hedge fund will at least have the penthouse of the Foster + Partners-designed tower. That level had a $300-per-square-foot asking rent, which is the city’s most expensive office rent ever, as Crain’s New York Business reported.

Citadel will relocate from its current offices at 601 Lexington Avenue between East 53rd and East 54th Streets, according to the L&L news release.

“From the moment L&L secured the ground lease their plan was to create a 21st century masterpiece on Park Avenue, where no new buildings had been constructed for over 50 years,” Ms. Tighe told Commercial Observer. “David Levinson and Rob Lapidus gambled that if they did everything perfectly—pick the right architect, the right design, the right amenities, etc.—the market would respond. To attract a tenant of Citadel’s caliber validates L&L’s vision.”

L&L acquired an 84-year ground lease for the property in 2006, paying the Goelet family $1 billion, as The New York Post previously reported. The firm broke ground on 425 Park Avenue in June 2015.