D’Agostino Faces Up to Three Store Closings in Manhattan 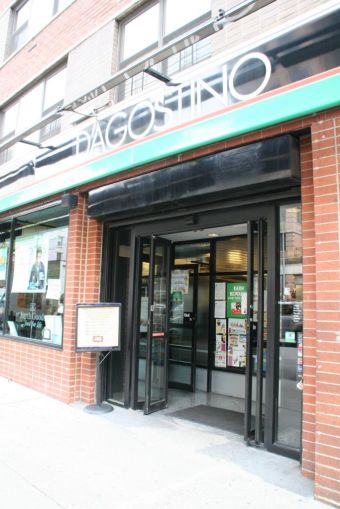 D’Agostino Supermarket, the family-owned chain, has told state regulators that it may close up to three store locations, affecting dozens of full and part-time jobs, amid fierce competition in the local grocery business, the Commercial Observer has learned.

The Larchmont, N.Y.-based supermarket filed a Worker Adjustment and Retraining Notification on Jan. 29 with the state Department of Labor, warning that it may have to slash jobs at three locations by May 1, including up to 41 jobs at 341 Third Avenue between East 25th and East 26th Streets, 40 jobs at 2828 Broadway, at the corner of West 110th Street and 38 jobs at 528 Third Avenue at the corner of East 35th Street.

G. Robert James, the president and chief operating officer of D’Agostino, confirmed that at least two locations could close and said a third was on the table, but declined to get into specifics.

“There are a couple of stores that are in our chain that we’re evaluating, and we have a couple of options,” he told CO. “One is to take them dark which is not what we prefer.”

He said the company is considering several alternatives for the locations, including a sale or renegotiating existing labor agreements. Joseph Fedele, the spokesman for the United Food and Commercial Workers Local 1500, said that it held a companywide union meeting about the cuts last week.

In May 2015, the union announced the ratification of a new three-year contract for nearly 1,000 workers at D’Agostino, which called for five raises over a three-year period and guaranteed a minimum 20-hour work week for part-time employees. All 11 D’Agostino’s stores are located in Manhattan.

Mr. James said the grocery chain, originally launched in 1932, has always managed to avoid cutting workers before, and is negotiating with the union to  limit the number of workers it has to let go.

“That’s been the toughest thing,” he said. “D’Agostino has never, ever laid off people.

Mr. James said the company is setting up job training and other alternatives to help the workers impacted by this move.

The New York area is still dealing with the blow of the Chapter 11 bankruptcy filing by the Great Atlantic & Pacific Tea Co., the Montvale, N.J.-based grocery chain that owned A&P, Pathmark, Waldbaum’s, Food Emporium and other grocery store brands.

However, Mr. James said the A&P bankruptcy had little impact, because most of the stores were suburban. In Manhattan, D’Agostino is in a major battle for customers with food delivery rival FreshDirect, based in Long Island City, Queens.

“Between the number of competitors and the expansion of options in the marketplace, it’s been more and more difficult,” Mr. James said.

The CO previously reported on the fight between traditional grocers competing against Whole Foods Market, Fresh Direct and other new competitors.

Mr. James told CO that the company is negotiating with landlords at the properties including to find a soft landing for the leased commercial spaces. It wasn’t immediately clear how big the Murray Hill store is, but 2828 Broadway is 10,000 square feet and 341 Third Avenue is 4,500 square feet, according to CoStar Group.

“The landlords have been in lockstep with us,” he said.

Mr. James said at one of the locations, without giving any specifics, an outside buyer has conveyed an interest. If that deal goes through, the store would take on a new banner, he added.