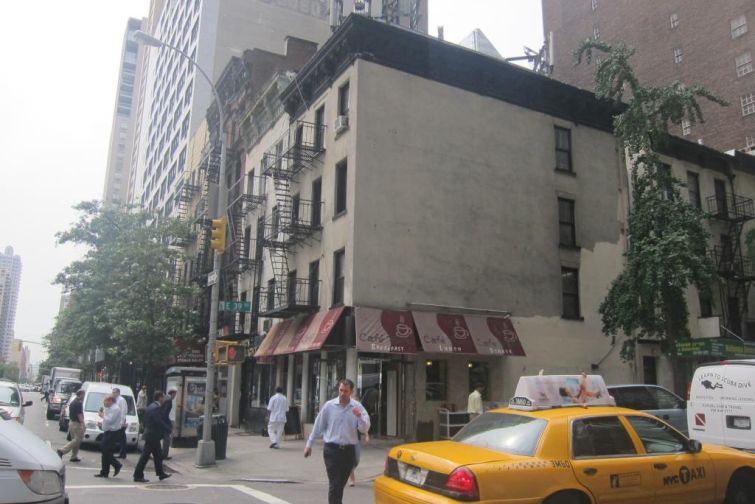 Keeping with its ongoing aggressive expansion, Caffé Bene will be opening a Midtown East location.

The expanding South Korea-based café chain has signed a 10-year, 1,000-square-foot lease at 596 Third Avenue, according to Eastern Consolidated.

Caffé Bene will occupy the entire corner ground-floor space of the four-story building between East 38th and East 39th Streets, which is owned by investor George Giallias. The asking rent was $300 per square foot.

“The heavy foot traffic along Third Avenue made this corner retail site an ideal location for Caffé Bene,” Ravi Idnani of Eastern Consolidated, who represented the tenant in the deal, said in prepared remarks. “Thousands of employees work in the office towers to the north of the site, and thousands of residents live in the Murray Hill apartment buildings to the south of the site.”

An Eastern Consolidated team of James Famularo, Jeff Geoghegan and Alex Geisinger represented the landlord in the transaction.

Mr. Giallias liked Caffé Bene as a tenant because “no other coffee tenants are located on this major commercial corridor from East 30th to East 41st Streets,” Mr. Famularo said in a statement.

Caffé Bene launched in 2008 in South Korea and has rapidly grown to about 1,600 locations worldwide. There are nearly 35 locations open or planned for New York City, according to the coffee house’s website.

Last year, Caffé Bene signed a lease for space at 33 Barrow Street in Greenwich Village and at 150 Campus Road across from Brooklyn College. Some landlords in trendy neighborhoods are opting for smaller more “unique” coffee chain tenants like Caffé Bene over Starbucks Coffee, as CO previously reported.