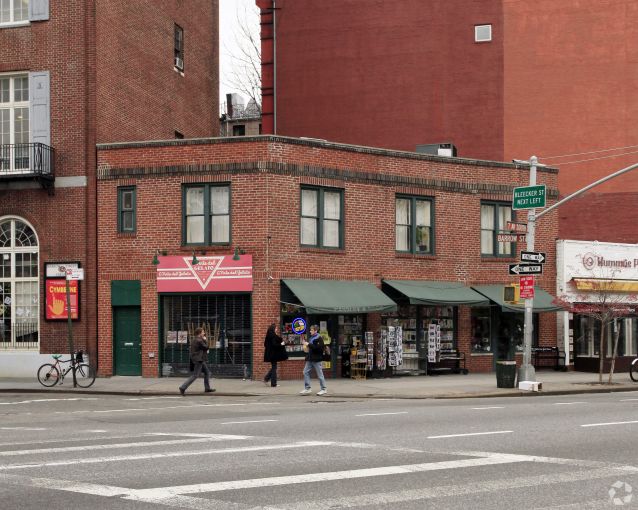 Commercial Observer has learned that the South Korean coffee house has inked a 1,175-square-foot deal for a two-level retail space at 33 Barrow Street in Greenwich Village. Caffé Bene, which also sells waffles, macaroons and other baked goods, will be in 375 square feet on the ground floor and 800 square feet on the second level, according to brokers in the deal.

“Caffé Bene was drawn to 33 Barrow’s central location in the heart of the West Village,” said Jack Lee of Kassin Sabbagh Realty, who represented Caffé Bene in the deal. “Caffé Bene hopes to immerse itself in the community to become the go-to neighborhood coffee spot.”

The company signed a 15-year lease with an asking rent of $14,000 per month. Steve Rappaport and Jeff Bak of Sinvin Real Estate represented the landlord, Sona Verdi, in the deal. Mr. Rappaport could not immediately be reached for comment.

“It gives them Bleecker Street traffic at an excellent rent,” Mr. Rappaport said in an email.

In total, Caffé Bene has more than 20 locations in New York City with a slew of planned coffee houses on the way, according to its website. While that might be a paltry number compared to the hundreds of Starbucks throughout the five boroughs, the coffee chain is part of a caffeinated expansion that also includes Blue Bottle Coffee, Gregorys Coffee and Cafe Grumpy.

Last month, CO reported that Caffé Bene was set to open an outpost across the street from Brooklyn College in the Flatbush section of the borough. Kassin Sabbagh brokers, which also represented Caffé Bene and the landlord in that deal, said Caffé Bene planned to directly compete with a Starbucks around the corner from the 150 Campus Road location in Brooklyn.