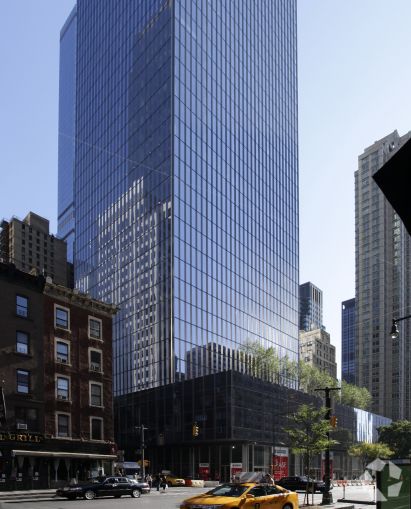 Fleeing the American media market comes at a price. And for Al Jazeera America, which had leased offices at 250 West 55th Street, that price is $45 million.

The media company paid the sum as a termination fee to landlord Boston Properties after it bagged its approximately 85,000-square-foot lease at the building between Eighth Avenue and Broadway. The lease was spread across three floors and was set to expire in about two decades on Feb. 28, 2035, according to Boston Properties’ fourth-quarter earnings report released yesterday.

“In consideration for the termination of the lease, the tenant paid the company approximately $45 million, which will be recognized in the first quarter of 2016,” the landlord’s earnings’ report indicates.

The Qatar-based Al Jazeera announced last month that its American operations were not economically feasible, just three years after launching. The media firm is closing its American publication on April 30.

Representatives for Boston Properties and Al Jazeera America did not immediately return calls and emails for comment.

Al Jazeera “never actually came into the building,” a spokeswoman for CBRE’s Peter Turchin told CO via email. Mr. Turchin leads a CBRE team that handles leasing for the building, and is now marketing the Al Jazeera space again. It was “never built out,” according to the investors’ call this morning.

Al Jazeera had set up temporary location at 305 West 34th Street at the Manhattan Center in 2013, as Commercial Observer reported. The network had aggressively expanded into the U.S. market three years ago, and acquired former Vice President Al Gore’s Current TV for a reported $500 million—before the money wells ran dry.