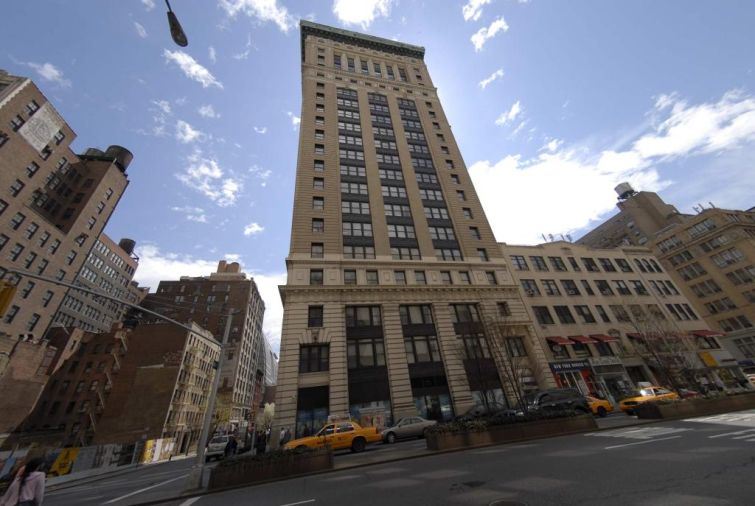 The 44,458-square-foot fitness center will have a private entrance on East 24th Street. Equinox Fitness will occupy the entire second and third floors and part of the fourth floor of the office building, taking over part of Credit Suisse Group AG’s space, as The Wall Street Journal reported. Asking rent in the deal was $80 per square foot.

Equinox, which is a subsidiary of developer Related Companies, will have four exercise studios, a spa, retail space and a lounge in the Park Avenue outpost, according a Columbia Property Trust news release.

“The great visibility, high ceilings and dramatic space at 315 Park Avenue South naturally attracted us to this location,” Jeffrey Weinhaus, the chief development officer of Equinox, said in a prepared statement. “It fills a gap in our neighborhood coverage that enables us to draw from the wealth of high-end office and residential activity.”

Columbia Property Trust purchased 315 Park Avenue South for $353.9 million in January 2015, according to city records, and later partnered with L&L Holding Company to manage and lease it.

David Berkey and Andrew Wiener of L&L represented the landlord in-house, while Jeffrey Roseman of Newmark Grubb Knight Frank brokered the deal for Equinox in 315 Park Avenue South. As a result of that deal, the 328,198-square-foot building is 88.2 percent leased.

“As expected, 315 Park Avenue South continues to attract dynamic and desirable tenants,” Nelson Mills, the chief executive officer of Columbia Property Trust, said in the release. “Equinox brings a distinctive full-service element to our building that matches the vibrant, active nature of this submarket and the influx of high-end creative and technical talent.

Including the new location at 315 Park Avenue, Equinox will have 28 gyms in New York City. Equinox will share the building with media company Fullscreen and technology firm Oracle Corporation.