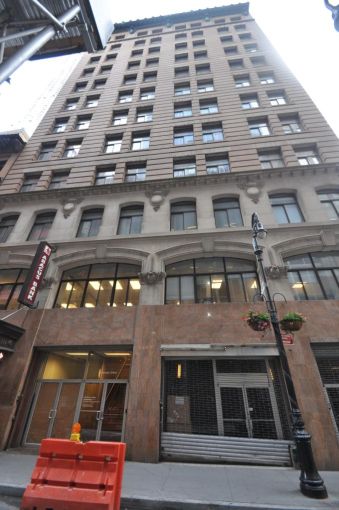 Companies looking for space in the Financial District will soon be able to share space in The Yard.

The co-working office space company has signed a 34,000-square-foot lease at 116 Nassau Street between Beekman and Ann Streets.

Its new location, which will be The Yard’s seventh in Manhattan, will occupy space on the fifth, sixth and seventh floors of the Abacus Federal Savings Bank-owned, 12-story office property. The asking rent in the 10-year deal was $39 per square foot, The New York Post reported.

“116 Nassau Street provided what the tenants needed: efficient floor plates, abundance of natural light, along with a prime location,” Coldwell Banker Commercial Alliance’s Gregory Gang, who negotiated the deal on behalf of the landlord with colleagues Catherine O’Toole and David Danick, said in prepared remarks.

Colliers International’s David Kaplansky, who represented the tenant in the transaction, did not immediately return a request for comment via a spokesman.

The Yard was the largest of a number of deals executed by the Coldwell Banker Commercial Alliance team at the 141,000-square-foot building.

Smaller recent deals include a 2,930-square-foot lease for the National LGBTQ Task Force; an expansion to 11,365 square feet for TAP Electrical Contracting Services; and a 6,134-square-foot deal for the Port Authority of New York & New Jersey.

“The leasing commitments are also strong indicators of the continued attraction of being Downtown in a quality office building,” Mr. Gang said.