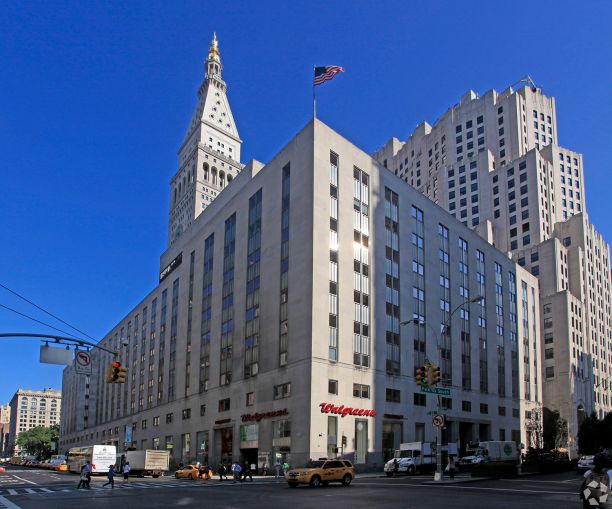 There was also a decrease in “large-block transactions,” the phrase JLL uses for 100,000-square-foot or larger leases, signed last year. Only 36 such deals were completed in 2015 compared with 53 in the previous year. But when pressed about the reasons for the downturn, Peter Riguardi, JLL’s New York tri-state region president, sounded measured.

“The reasons why you had bigger activity in 2014 is that bigger tenants made earlier decisions,” Mr. Riguardi told CO referring to transactions such as Sony Corporation of America’s 547,996-square-foot lease at 11 Madison Avenue and Time Inc.’s 691,382-square-foot deal at Brookfield Place. “That led to some of them not having to do that in 2015.”

Much of the anxiety about real estate is linked to anxiety about the stock market, which has been spasming for the last few weeks thanks to a large scale correction in the Chinese stock market. In the first week of trading of the year, Jan. 4 to Jan. 8, U.S. stocks had their “worst-ever opening week of a year,” as The New York Times reported. The S&P 500 was down about 105.26 points, or about 5.2 percent for the year.

“I don’t think the gyrations in the Dow [Jones Industrial Average] and the S&P 500 will change the course of job growth in 2016,” said Michael Cohen, Colliers International’s tri-state president. With the continued job growth in the city, we will see continued activity and space absorbed.”

Investment sales followed the office leasing market’s lead in posting less-than reassuring numbers for the year—in fact, they were even more bleak.

The total number of properties sold decreased to 5,089 in 2015 from 5,532 in the previous year, Robert Knakal, Cushman & Wakefield’s investment sales chairman, said at the firm’s 2015 real estate overview event yesterday.

Although there were fewer buildings sold in 2015, the dollar volume of the transactions hit an all-time record of $74.5 billion last year, far above the previous record of $62.2 billion in 2007. This was due to a number of large transactions in the year, but Mr. Knakal (a columnist for CO) predicted that the party is over.

“The fact is we have actually had a very significant diminution in the value of land in the city,” Mr. Knakal said. “The question is, is there going to be a market correction in property values moving forward?”

On a brighter side, New York City’s real estate market could see an influx of money—ironically from China.

“The turmoil abroad might still help us by drawing more flight dollars abroad to a safe haven,” Peter Hauspurg, the chief executive officer of Eastern Consolidated, said. “China—if you look at their stock market and they’re monetary policy, it’s a mess.”