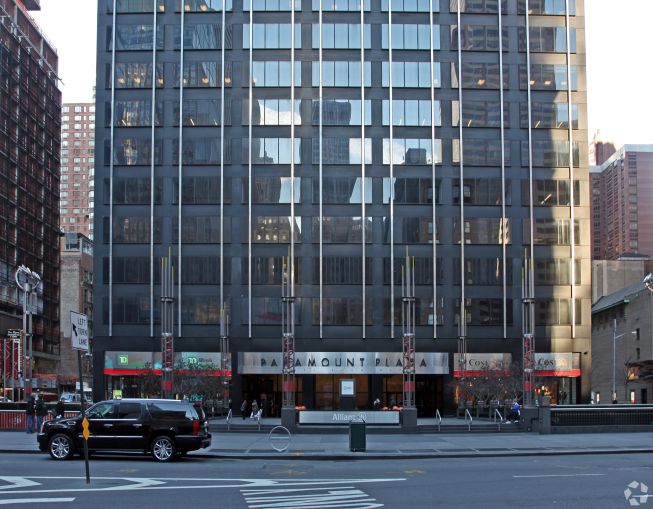 The financial institution will assume the new space at Paramount Plaza between West 50th and West 51st Streets on May 7, 2016, according to CoStar. This will give the company floors 26, 27, 29, 30 and 33. The company has been leasing 60,000 square feet in the building.

Paramount Group’s Peter Brindley represented the landlord in-house. He didn’t immediately respond to a request for comment. CBRE’s Robert Alexander represented Morgan Stanley in the deal. He didn’t respond to inquiries either.

The lease is for 15 years, a source told CO. The asking rent was in the low- to mid-$70s per square foot.