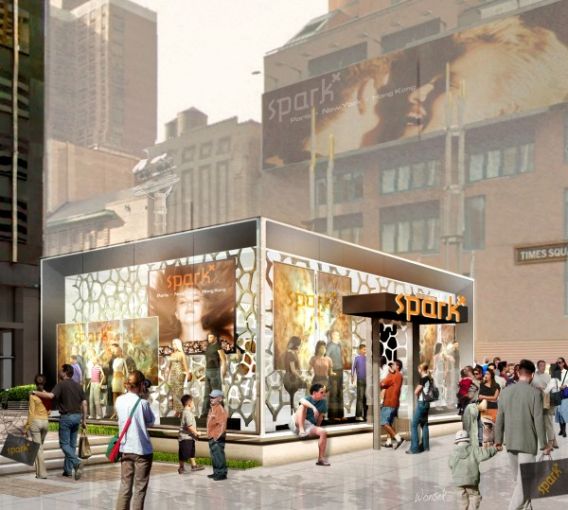 A week before sealing a deal for a new home at Paramount Group’s 2.5-million-square-foot office tower at 1633 Broadway, FAO Schwarz’s deal fell through, a source with knowledge of the situation said. The 40,000-square-foot space has returned to the market with its $4 million asking price.

Now, FAO Schwarz, which vacated the General Motors Building at 767 Fifth Avenue last month (where the rent was about $20 million a year, as per a Boston Properties first-quarter 2016 earnings call), is essentially homeless in the Times Square area. And the same applies to sister company, Toys “R” Us, which in March decided not to renew its lease at the Bow Tie Building at 1514 Broadway, as CO reported at the time.

Paramount Group is still planning to build the 733-square-foot Apple-inspired glass cube in a public plaza on West 51st Street, that was slated to be FAO Schwarz’s entrance.

The developer “will activate the north wall of the southern plaza, where Equinox is…[and can] put storefronts in there now going into that same space,” the source said.

CO reported in June that FAO Schwarz was in serious negotiations to move its flagship to Paramount Plaza at 1633 Broadway between West 50th and West 51st Streets, just in time for the 2016 Christmas season. It wasn’t immediately clear why the lease deal fell through.

A spokesman for Paramount emailed: “Any and all leasing information Paramount is able to share at this time can be found in its latest earnings release and filing.”

Update: This story was edited to include FAO Schwarz’s rent at the General Motors building.