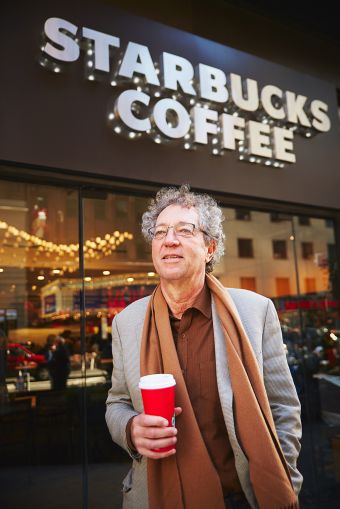 In terms of size, “This blows everything else away besides [Las] Vegas,” Mr. Firestein, a partner in SCG Retail, a division of The Shopping Center Group, told Commercial Observer last week. It will be the biggest conference in New York City, ever, and will be bigger than all of ICSC’s shows in the biggest cities in the country.

There will be over 10,000 people attending this year’s New York show compared with last year’s 9,600 attendees. That number was up 26 percent from the year prior, before the convention moved to the Javits Convention Center. The vendors will occupy 165,000 square feet of exhibition space, an increase of about 20,000 square feet from last year.

Mr. Firestein, 65, assumed the chair position, which he likened to being “the director of a Broadway show” after being “the number two guy,” last year. Once the job is complete—after the convention and a debriefing session in January—Mr. Firestein will remain on the program committee.

He said the four things people need to know about this year’s conference are: 1) the 7 train extension has opened, providing easy access to the Javits Center; 2) the brokerages have moved their holiday parties to be close to the convention center (“It’s a much wider range geographically, but most people seem to be sticking with the West Side.”); 3) New York Yankees manager Joe Girardi is the speaker (“It’s more about quote and quote managing and running stuff than I think directly real estate, and the stress and the pressure of doing deals or decision-making.”); 4) Friedman’s Lunch opened an outpost this year nearby the convention center at 450 10th Avenue between West 35th and West 36th Streets (ssh!).

CO talked to Mr. Firestein, who has done more than 1,000 deals in his tenure, inside the Manhattan office of SCG Retail at 250 West 57th Street (where the company moved to early this year) as he sipped on his flat white coffee from Starbucks. Much of the conversation revolved around the coffee giant, as he is Starbucks Coffee’s broker in Manhattan, but it turned to MTV’s Real World in Chicago (which featured his nightclub-turned-urban loft), as well as the controversy at his Katonah, N.Y. shopping center.

Commercial Observer: How many Starbucks locations are there in Manhattan?

It’s about 280. If you did London and you did New York City, depending on the week and the month, the totals run almost the same. I don’t know what that means, but it’s interesting. If you fast forward a few years, my guess is obviously the total [in New York City] will be up and Manhattan will still have the most but it won’t be as lopsided as it is now. Because clearly there are lots of deals being done now.

Which New York City landlords have the most Starbucks outposts?

We probably have 10 Starbucks with Empire State Realty Trust. Clearly they went to the top because we opened the Green Apron [Delivery service] and the express store, so they have two more. Vornado [Realty Trust]’s up there, too, with probably about eight. And I think we have eight with Rudin [Management Company].

I still consider Greenwich suburban New York. In other words, in the tristate area. Then we started opening a bunch that fall.

What’s the last Starbucks deal you did?

The last one we did we is 222 Broadway [which CO reported last week]. It’s across from the transit center.

Another reason Starbucks is so successful and has so many stores in New York City is because it doesn’t cookie-cut the stores. It doesn’t say, “this is how we do it: every store has to be 1,500 feet” or “every store has to be 25 by 60.” A lot of retailers think that way. But we adapt each store to its unique location. Astor Place, for example, is enormous at 4,000 feet, while other locations are much smaller. And the store sitting underneath us in this building that I did last year is like 700 feet.

I heard the West Chelsea Starbucks deal was two years in the making. How does Starbucks make its real estate decisions, simply stated?

What I look for in a Starbucks in Midtown Manhattan is not really the same necessarily as what I look for in a residential neighborhood. It’s hard with that many stores. If somebody’s coming in and opening one or two or three stores, I think they’re all the same. That kind of comes back to adapting to the neighborhood that you’re in. If you’re in Midtown Manhattan, it comes down to bodies and traffic and convenience. Chase [Welles, another partner at SCG Retail], I don’t want to steal his line, but he calls it the 100-second rule. If you’re sitting in your office, you want to be able to get to a Starbucks in 100 seconds, including elevator time. I like that. I kind of agree with that.

How have the boutique coffee shops impacted Starbucks? Cafe Grumpy at Grand Central Terminal replaced you. And it seems that the new Starbucks in West Chelsea tried to model itself after Blue Bottle Coffee or Think Coffee.
You could argue that or you could argue that it’s playing to the neighborhood because it’s adapting. That’s playing to that customer, to that neighborhood.

How’d you get a Starbucks vanity plate with SBUX 1 (SBUX is the stock-ticker symbol for Starbucks)? Can anyone get it?

Yeah. I just was in there early on the first one. I’ve had that one for 20 years. I actually have a second one. That one’s SBUX2.

What’s the nastiest comment you’ve heard about Starbucks?
It’s not like a specific comment, but it just came into my head. When I was out in Santa Cruz, Calif., I went to a bookstore. I like to check out Starbucks when I’m in different locations. I’m buying a book, and I said to the woman, “Can you tell me where the nearest Starbucks is?” And she said, “no.” And I said, “no, you don’t know or no, that you’re not going to tell me?” And she said, “I know, but I’m not going to tell you.” She was willing to tell me some local coffee place. So I said, “I promise, I’m just going to look. I just want to see the store.” And she still wouldn’t tell me where it was.

According to the January 2015 book, Zillow Talk: Rewriting the Rules of Real Estate, homes in close proximity to a Starbucks appreciate more on average compared with homes farther away from a Starbucks. How does this apply to New York City?

I kind of half-jokingly say to landlords, “office buildings with Starbucks get more rent.” There’s no way I know that that’s true or not. The fact of the matter is most major landlords know it’s an amenity for their building. They know their office tenants like to have it in the building.

What about from a residential standpoint?

Residential stuff was based on housing and I don’t know that it does or doesn’t have any impact in Manhattan. But I really do think people love having it in their buildings and I think landlords know that, too.

How did your property at 1100 West Randolph Street in Chicago get selected as the residence of MTV’s Real World last year?

My son was living in Chicago and I have a broker in Chicago, and the two of them talked me into it. [The producers] came to us. The space was available for rent. I didn’t want to do it for lots of reasons. I was sort of worried. I didn’t want someone living in my building [as] it is not a residential building. They were there like at least three or four months.

What did the place look like after they left?

Actually, they did a good job. It looked better when they were done. They fixed up a lot of stuff. They actually made some improvements to the space with our O.K. It was good. They switched out some of the windows. That was the main thing.

What other real estate do you own? How many properties?

A bunch. When I own, I’m a partner so I don’t own alone. So, I own a bunch of shopping centers. If you go back and read, there’s a center I own in Katonah; there was a lot of stuff with the CVS [who’s] my tenant. What happened is this, so, it’s the same theme. There are a lot of these small towns, or tonier towns, that have anti-growth, anti-chain store [sentiment]. The town had already put in a size restriction to keep chain stores out. So nothing bigger than 7,500 square feet. Normally a CVS or Walgreens or other chain store is bigger than that. But CVS came in and bought a pharmacy out, then filed a building permit within the restrictions of the town. These restrictions were very recent, put in place within the last three or four years. So they filed the building permit and within about a week or two, the town dropped it down to 4,000 square feet. It’s absolutely illegal. It’s spot zoning. Whether we litigate over that or not hasn’t been decided.

How many shopping centers are you a partner in?

Why bother being a broker if you’re a landlord?

Do you own other properties?

I own with partners four buildings in Chicago.

How did you get into that market?

My son was there and I went to visit him and I was checking out the market.

In New York City, what real estate do you own?

I’m partner in some residential buildings.

You are on the REBNY commercial brokerage retail committee. What is the consensus on the New York City retail market if you could sum it up? What’s the vibe?

I don’t know if it’s a complete consensus, but I think the feeling is that the rents are too high and are softening or flattening. [In] REBNY, you have tenant rep brokers, you have landlord rep brokers and you have owners. So you’re not necessarily going to get a consensus across the board. Just a sidebar: I’m very annoyed by this trend of articles on the real estate market written by people who don’t get the difference between landlord brokers and tenant brokers. So often, they’ll feature four or five quotes on the market from brokers, but they’re all from landlord brokers, so they’re all saying the same thing. Everybody’s got their own agenda. When you’re on the tenant side, truthfully you always think the rents are too high because you represent the tenant and you’re frustrated. The guys on the landlord side are going, “oh, yeah, the rents are going to keep going up.” They’re on the other side. Quote people on both sides.

For a broker, I’m mellow.

How does it impact your business?

I think it helps and if you take Jeff Winick [head of Winick Realty Group]—I’m a fan of Jeff’s and I like working with Jeff—he’s like so hyper and he’s smoking; I’m the opposite. I’m a broker and I love being a broker, but I’ve worked for a landlord. I’ve worked for Vornado [Realty Trust]. I’ve worked for retailers in-house [like AMC Theatres]. And I’m a landlord. I haven’t been a broker my whole life so I’m probably not the typical broker and I think that’s why my clients like me, too, because I don’t “broker” them. I’m not selling. I’m trying to do what I think is best for them. Sometimes that means making the deal and sometimes they find it funny if they want to do the deal and I’m telling them “no, you shouldn’t do this deal.” It tickles them on some level.

You don’t seem caffeinated for someone who drinks coffee. If you didn’t have coffee you’d be—