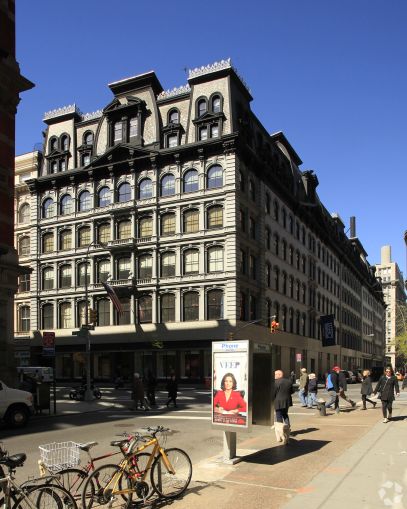 The firm, which has been at the location for the last 18 years, opted to stay in its 77,000 square feet at the building between East 18th and East 19th Streets, according to CBRE. Perkins Eastman has occupied the second, third and sixth floors.

“Perkins Eastman is one of the largest and most well-known architecture firms in the world,” said Stephen Siegel of CBRE, who represented the firm with colleagues Harly Stevens and Paul Stimpfle, in prepared remarks. “In solidifying its presence in Midtown South, one of the tightest markets in the country, Perkins retains stability and flexibility for its dynamic business.”

The brokers declined to provide the length of the lease and the asking rent in the deal. Perkins Eastman last renewed at the 119-year-old building in November 2009, according to CoStar. The architecture firm signed its first lease there in 1997.

L Bradford Perkins, the head of Perkins Eastman, said in prepared remarks: “We like the big floor plates and high ceilings the building offers. The layout works well for firms like ours, which have large open-plan work environments in the coveted Midtown South location.”

Benjamin Winter of The Winter Organization represented the landlord in-house. A representative for the landlord did not immediately return a call for comment.

Perkins Eastman’s decision to stay in Midtown South comes as other architecture firms move around Manhattan.

Last month, COOKFOX Architects announced it was leaving the same patch of Midtown for new digs just south of Central Park. The firm, which designed 1 Bryant Park, inked a deal for 20,000 square feet at 250 West 57th Street, leaving behind its offices at 641 Avenue of the Americas between West 19th and West 20th Streets.

And design company Gensler signed a massive, 119,000-square-foot lease in a move to 1700 Broadway between West 53rd and West 54th Streets, as CO reported earlier this month. The company is currently located at 1230 Avenue of the Americas in Rockefeller Center.