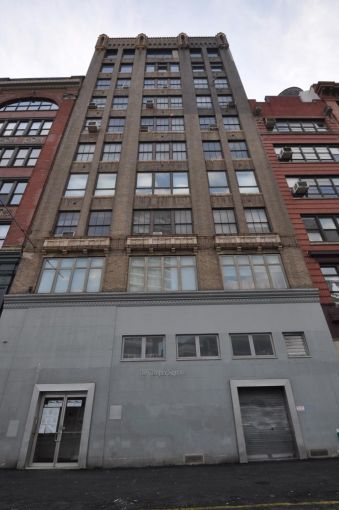 The building at 30 Cooper Square.

Paddle8, an online auction house and marketplace for art, jewelry and other objects, has signed a new lease for 10 years, expanding its space to 13,000 square feet at 30 Cooper Square, Commercial Observer has learned.

The technology company already occupies the entire 6,500-square-foot fourth floor of the building between East 5th and East 6th Streets after signing a two-and-a-half-year deal in February 2014, according to CoStar. It is now adding the entire sixth floor and will assume that space by the end of the year.

Asking rent in the building ranges from $60 to $70 per square foot. The landlord is the estate of the late artist Tom Wesselmann, which uses the name 30 Cooper Square Partnership LLC.

“I think it really came down to the neighborhood,” Cushman & Wakefield’s Jordan Weiss, who handled the deal for both the landlord and the tenant, told CO. “Employees enjoy the live, work and play value of Cooper Square. This neighborhood is representative of creativity and innovation. And really that’s what they are. They are a company that blends creativity and art with technology.”

The digital auction house recently announced that it raised $34 million in funding, according to an October news release.

Other tenants in the building include international advertising firm 72andSunny Partners and S Plus, a graphic and branding company.