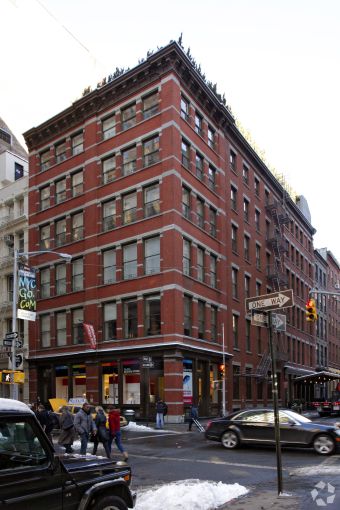 The Museum of Modern Art Store, the retail wing on MoMA, has opted to renew its 15,000-square-foot store in Soho following concerns that the rent might force the shop out.

MoMA Design Store signed a 15-year renewal for the three-level space it has occupied at 81 Spring Street between Crosby Street and Broadway, according to Colliers International.

Asking rent in the deal was $450 per square foot on the ground floor and $90 per square foot in both the basement and subbasement, according to Crain’s New York Business, which first reported news of the renewal at the base of the residential condominium building.

Marvin Rosenberg, Patrick Breslin, Ken Yip, and April Kim of Colliers represented the landlord, who Colliers identified only as a private owner. Simon Dallimore of Dallimore & Co. represented the retailer. Mr. Dallimore was not immediately available for comment.

“The MoMA Design Store has been a wonderful tenant at 81 Spring Street, adding to the culture and vibrancy of the neighborhood,” Mr. Rosenberg said in prepared remarks. “MoMA’s impeccable credit standing was a key factor driving the landlord’s decision to renew MoMA’s lease.”

The purveyor of art books and reproductions, as well as desk accessories and other gifts, first moved into the space in 2000, according to CoStar. The asking rent during that time was significantly lower at a blended rate of $125 per square foot.

Crain’s reported earlier this year that the MoMA Design Store, proceeds from which go toward the museum, was in peril of being priced out of its longtime home. But the paper reported last week that the landlord and the retailer were able to strike a compromise after finding the outside market was significantly pricier.