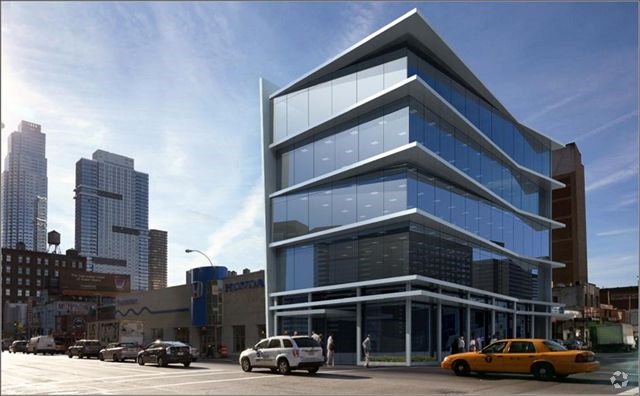 The clearing out of auto dealerships from 787 11th Avenue has begun.

Land Rover has inked a 25,000-square-foot deal for a showroom at the yet-to-be built 639 11th Avenue, according to CoStar data. That would give the dealership the entire foothold of the four-story structure that developer Sam Ruvinsky is building between West 46th and West 47th Streets.

The length of the deal and the asking rent were not immediately available.

Mr. Ruvinsky filed plans with the city to build the 25,000-square-foot building in August, according to The Real Deal, which first reported news of the lease. The site is currently home to a Sunoco gas station. Mr. Ruvinsky deferred all comments to Land Rover. A spokeswoman for the company declined to comment at this time.

Benjamin Fox of Cushman & Wakefield had been marketing the property. Each floor—the lower level through the fourth floor—are 5,000 square feet with 22-foot ceilings, according to marketing materials for the property. A C&W spokeswoman did not immediately return Commercial Observer’s call for comment.

Land Rover and Jaguar are currently on a month-to-month lease at 787 11th Avenue between West 54th and West 55th Streets, eight blocks north of the new location, as CO reported in May. The building was on the market at the time and sources said the dealerships were not expected to stay at the building for the long haul. An Ackman family investment fund and Georgetown bought the building in partnership in July for more than $250 million, CO reported.

Investor Bill Ackman is slated to move his hedge fund, Pershing Square Capital Management, to the 387,700-square-foot building, as well as build a tennis court on the rooftop.