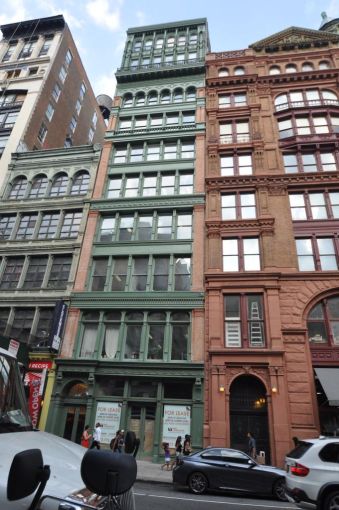 Aquamar Rio, a Brazil-based fashion retailer, has inked a 15-year deal for a Noho location, Commercial Observer has learned.

Aquamar Rio is slated to open up near the end of this year or early next year. The 648 Broadway location is the Brazilian company’s second in New York. Its first location is about five blocks away in Soho at 444 Broadway between Howard and Grand Streets.

The asking rent on the ground floor at 648 Broadway was $225 per square foot, according to JP Sutro of Lee & Associates.

“Working with overseas retailers sometimes can be challenging, but this transaction was fluid from beginning to end,” Mr. Sutro said in prepared remarks. “The tenant’s decision to expand its New York footprint at 648 Broadway was an excellent choice, too, especially considering its price points and customer demographics.”

Mr. Sutro represented the landlord, S&M Realty, along with colleague Brad Schwarz. In a press release from Lee & Associates, Mr. Schwarz said Aquamar Rio would be able to tap into shoppers from both New York University and the surrounding Greenwich Village area.

“It’s exciting to represent Aquamar and oversee their expansion into the New York market,” the brokers said in a joint statement.