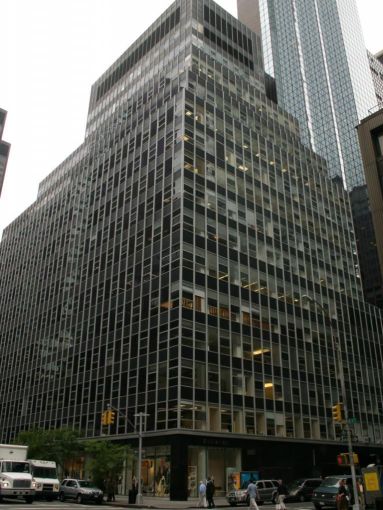 The firm will occupy the entire 13,700-square-foot 18th floor of the 21-story office building between East 51st and East 52nd Streets. The Shorenstein Properties-owned structure, also known as the Western Publishing Building, has a total of about 613,000 square feet.

Asking rent in the deal was $75 per square foot. Pegasus is relocating from 505 Park Avenue, where it had about 10,000 square feet, as Crain’s New York Business first reported.

“Two things happened: one, [Pegasus’] business is growing and they were on multiple floors and I think they wanted to be on one floor,” JLL’s Matthew Astrachan, who brokered the deal for the landlord with colleague Matthew Polhemus, told Commercial Observer. “Also the landlord here, Shorenstein, has invested heavily in this property. They put in a new lobby, upgraded elevators and they made this building LEED Gold.”

Roshan Shah and Keith Caggiano of CBRE represented Pegasus in the deal. A spokesman for Messrs. Shah and Caggiano did not immediately respond to a request for comment.

Law firm Shearman & Sterling recently signed a lease extension for five and a half years for its 40,000-square-foot fourth floor space in the building. Other tenants include Discovery Communications and TMC Bonds.

Earlier this year, Shorenstein put the building up for sale with a JLL team for $450 million to $500 million, according to The Real Deal.  Mr. Astrachan could not confirm whether the property was still on the market for sale.