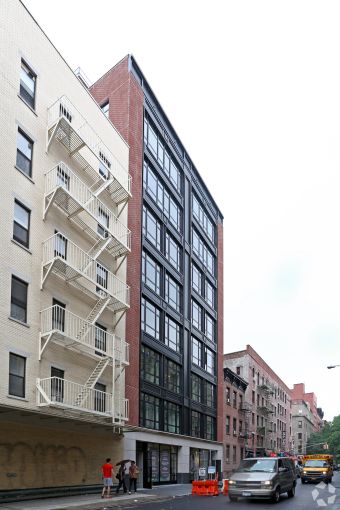 Leyton Astor Clothing Co., a new high-end men and women’s apparel store, has inked a deal for a retail location at 199 Mott Street in Nolita, Commercial Observer has learned.

The company is taking 2,225 square feet for 10 years at the Alfa Development-owned building between Kenmare and Spring Streets. The asking rent in the deal was $125 per square foot, according to the landlord.

This will be the first location for Leyton Astor Clothing Co., which is also launching its online store and the physical store within the next few months. The company has already assumed the 199 Mott Street space.

“We felt the brand Leyton Astor fit perfectly amongst the other high-end boutique shops that define the retail character of ‎Nolita,” Mr. Binns said in a statement. “We feel we have increased the value of the block substantially with this deal—and all the deals at 199 Mott [Street].”

Alfa Development still has 1,931 square feet of retail to lease out at the 35,915-square-foot residential building, according to a spokeswoman for the landlord. The eight-story building was originally slated to become a hotel, but the landlord opted to go condominium with the project, as CO reported last week. Ten of the 11 units have been sold, with sales prices averaging $2,600 to $2,700 per square foot.