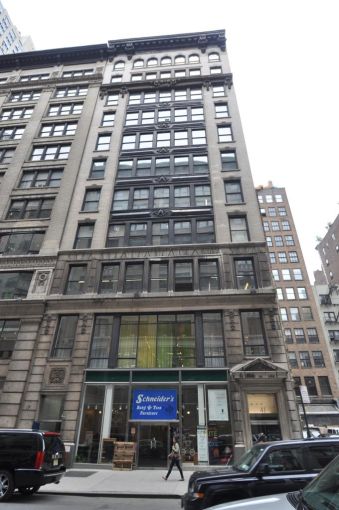 Manhattan Center for Kitchen and Bath is moving its showroom and offices to two floors at 41 West 25th Street in the Flatiron District, Commercial Observer has learned.

The high-end kitchen and bathroom design company, also known as MCK+B, will be taking 5,724 square feet through a 12-year lease. That space breaks down to a 3,526-square-foot showroom on the ground floor and 2,198-square-foot space on the lower level, according to ABS Partners Real Estate, which represented the company in the deal. The asking rent was $125 per square foot on the ground floor and $40 per square foot on the lower level.

MCK+B is slated to move to the building between Broadway and Avenue of the Americas at the beginning of next year, according to the brokerage. The kitchen and bathroom company will be moving from its current headquarters six blocks south at 29 East 19th Street between Park Avenue South and Broadway.

“When searching for a new location for its showroom and corporate offices it was important for MCK+B to remain in the Flatiron District, where their business has flourished for the past 15 years,” said Mark Tergesen of ABS Partners in prepared remarks. “The Flatiron District has always been a hub for design companies looking for a presence in Manhattan. Many of the leases done 10 to 15 years ago are now rolling, and with red-hot demand for space in the sub-market, the tenant deck is shuffling and resulting in a push north into NoMad and further west into Chelsea. ”

Mr. Tergesen represented the tenant with colleague Robert Kempner, while Sean Moran, David LaPierre and Cassie Durand of CBRE represented the landlord, Hanover Estates. The CBRE brokers were not immediately available for comment.

“The tenant fully appreciated the significant demand from multiple potential users who also quickly perceived the quality of the physical space, including high ceilings, great frontage, limited columns and superior existing infrastructure, and they moved decisively to make the deal,” Mr. Moran said in a statement.

Updated: This story was edited to include a comment from the broker for the landlord.