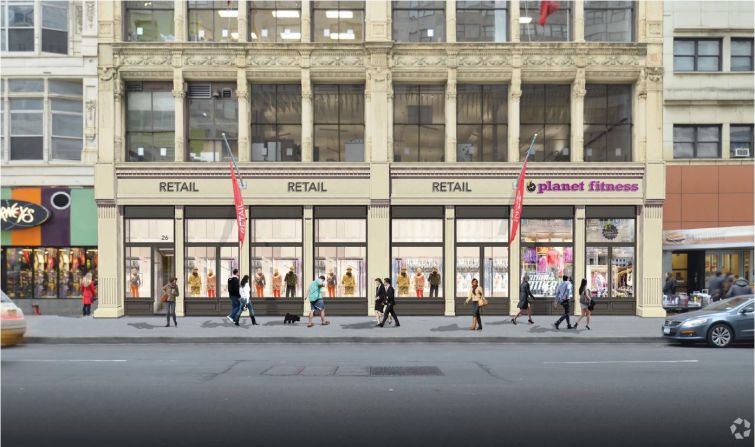 Two athletic footwear brands Footaction and Jordan Brand Flight 23 will be opening up side-by-side stores, with an access point between them, in an 8,000-square-foot space on East 14th Street between University Place and Fifth Avenue.

The lease is for 15 years, Mr. Pruger said, and the taking rent was over $200 per square foot (the asking rent was $350 per foot). Mr. Pruger and NGKF’s Aaron Cukier and Harrison Abramowitz represented the landlord in the deal. Mark Finkelstein with Retail Strategies represented Foot Locker. Mr. Finkelstein declined to comment.

Foot Locker was a good choice for Sutton Garret because the tenant has a “proven track record,” and “good credit,” Mr. Pruger said, noting that sneaker stores perform well on main cross streets.

Foot Locker has a traditional store at 58 West 14th Street, which it will keep, a source said.