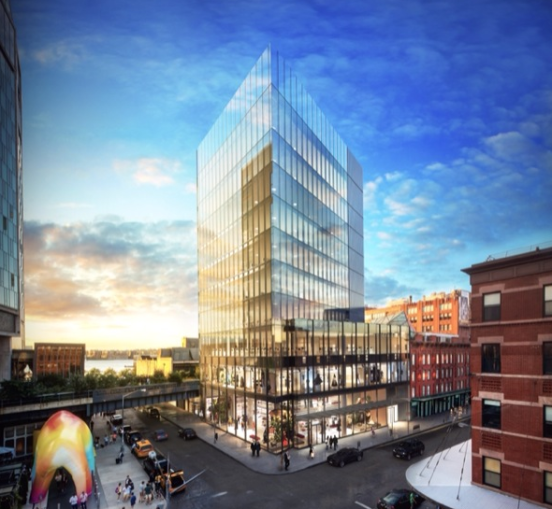 Delos, a real estate firm that focuses on health and wellness design and construction in buildings, is relocating its global headquarters to 860 Washington Street from 22 Little West 12th Street, both located in the Meatpacking District.

The New York-based company will take 22,000 square feet on the fourth and fifth floors at the Washington Street building, which is between West 13th and 14th Streets, The Wall Street Journal first reported. The new office space is four times larger than Delos’ existing space and will accommodate more employees, the company’s spokeswoman told Commercial Observer.

“This is a growth move and an opportunity for Delos to to showcase their business and create a world-class headquarters,” Stuart Romanoff of Cushman & Wakefield, who led the team representing the developers on the deal, told CO today.

Delos is the first tenant to sign at the 10-story building co-developed by Property Group Partners and Romanoff Equities. The mixed-use property, which is between West 13th and West 14th Streets, is designed by glass sculptor James Carpenter and is set to be complete construction by year’s end.

Asking rents for the office space range from $140 to $200 per square foot, Mr. Romanoff said. C&W is targeting money managers as potential tenants in the building, which consists of two retail floors with 20,000 square feet and eight office floors spanning approximately 88,000 square feet.