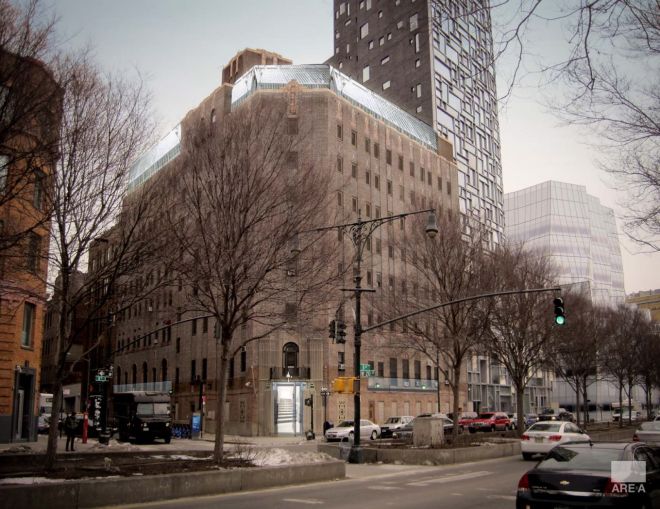 A nonprofit run by Warren Buffett’s son and daughter-in-law will take over a former women’s correctional facility in Chelsea and turn it into a center for advancing women’s rights.

Gov. Andrew Cuomo announced today that women’s advocacy group NoVo Foundation has signed a 99-year lease for the entire the former Bayview Correctional Facility. Over the term, the cost is $200 million, according to a press release by the governor’s office. The Goren Group, a woman-owned developer, has been tapped to redevelop the 100,000-square-foot building at 550 West 20th Street between 10th and 11th Avenues.

When it’s completed, the newly-dubbed Women’s Building will have offices for several women’s organizations under one roof, according to the press release. The revamp also includes community spaces, a ground-floor art installation and a new restaurant.

“We take down an institution of failure and defeat,” Mr. Cuomo said at the facility today. “[What will] rise from those ashes will be a building about the future and potential, and true social reform. And that’s what the Women’s Building will be all about.”

Nonprofits in the building will be focused on combating violence, injustice and poverty, according to a separate release by the Goren Group. The developer is working with the state’s Historic Preservation Office to keep and upgrade certain elements of the 84-year-old building, which was built as a YMCA for sailors.

“Women’s rights organizations have practical needs and inspirational needs, and this adaptive re-use project will provide all of that for them,” Lela Goren, the founder and president of the development company, said in prepared remarks. “This historic rehabilitation will shape the next chapter of this building’s history.”

The developer and the nonprofit are also setting aside commercial space in the building, which will be marketed for tech companies, according to the governor’s release. Bayview has been decommissioned since 2013, after the state made a push to close underused prisons and make better use of its real estate, according to the governor’s office. The pair put in a bid with the Empire State Development Corporation in 2013, which was looking for a project that kept with the neighborhood’s character while providing a community use.

The women’s rights advocacy group meanwhile has been expanding throughout the city. Run by Peter and Jennifer Buffett, NoVo bought 401 State Street in the Boerum Hill section of Brooklyn for $10 million this June in which to relocate its headquarters. The nonprofit’s lease at 535 Fifth Avenue in Midtown is set to expire in 2017 and its executives opted for a long-term home that will save money in the long run, as CO previously reported.

The Women’s Building had been a concept since the 1960s, but never got off the ground, the Buffets said at today’s announcement.

“Activists were incredibly busy [back then]…and the complexities of New York real estate didn’t make things easy for anyone,” Peter Buffett said. “Today that search ends. A building has been found. A vision has been restored.”