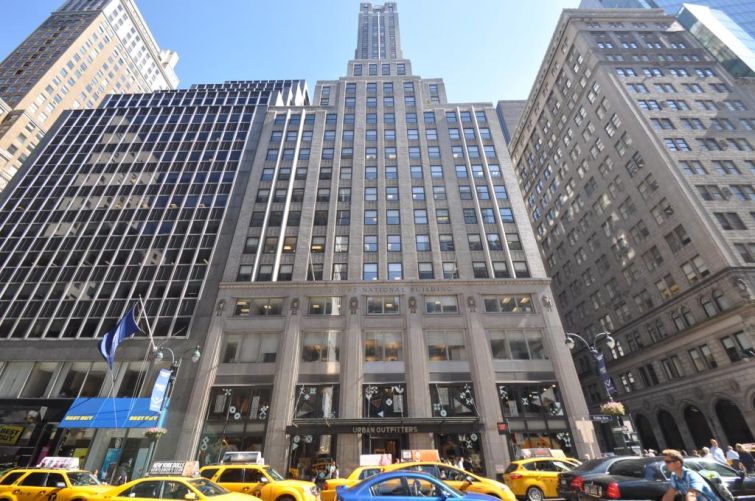 Prime Office Centers has decided to renew its lease two years ahead of schedule at the SL Green Realty Corp.-owned 521 Fifth Avenue, Commercial Observer has learned.

The company, which leases single or multi-unit office spaces and conference rooms at the building to small and emerging companies, will stay put in its 16,000-square-foot space for an additional 10 years, according to the company’s broker, ABS Partners Real Estate.

The asking rent in the deal was not immediately available. Similar spaces in the building have asking rents of $65 per square foot, according to CoStar.

Prime Office Centers had originally signed a 10-year lease; the renewal keeps the company at 521 Fifth Avenue through mid-2029, according to ABS. The company will spruce up its 17th floor office in the 37-story structure between East 43rd and East 44th Streets.

Those renovations include a new kitchen, bathrooms and breakrooms, as well as new windows and lights. Prime Office Centers, which also has an office in the Financial District at 44 Wall Street between William and Nassau Streets, opted to stay in the Midtown East building because of its proximity to Grand Central Terminal and other means of mass transportation, according to brokers in the deal.

“Prime Office Centers has been growing its brand and wanted to update its full-floor location at 521 Fifth Avenue to meet the demands of current and potential customers who need professional yet modern looking offices with fast and reliable telecommunication hook-ups,” said Alan Friedman of ABS, who represented the tenant with colleague Robert Finkelstein, in prepared remarks. “Not only does it cater to Prime Office Centers’ commuting clients, but the neighborhood is poised to see a dramatic increase in demand in the coming years, with new development projects taking shape.”

Other tenants in the building include law firm Putney Twombly Hall & Hirson with 20,987 square feet on the 10th floor, as CO previously reported, and CFC Capital with 10,640 square feet.