Commuting Within the Hippest Borough 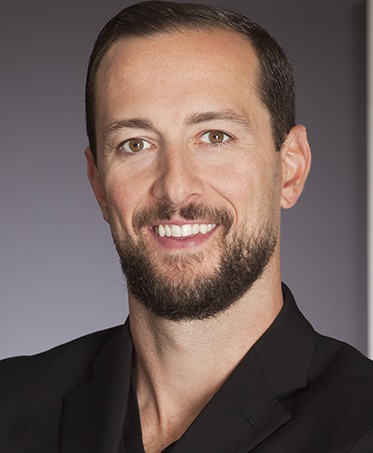 For a younger generation of New York City residents, Brooklyn has been embraced as the place to be: the uber-cool, super-trendy borough. For them, it’s the place they want to live, work and play in.

As far as the city’s commercial real estate community? Well on the whole, it seems like they might not exactly have an understanding of the changing demographic in the borough—in particular, when it comes to transportation trends. For many developers, brokers and tenants, the mindset is that development opportunities can only exist within close proximity to subway lines and Manhattan.

Far too often, that mode of thinking leads to valuable real estate being overlooked. As Brooklyn grows and changes, that outdated model is applying less and less to development within the borough. Property might be a half hour from Manhattan—but, more than likely, that property will be a super-short commute for the workforce that will be employed at the location. As pointed out in a fascinating Mashable article from June, the “yuccie” generation (young urban creatives, and don’t roll your eyes, this is a term you will need to get used too) is already here, living in Brooklyn—and they’re ready to work right by where they’re starting to put down their roots.

“Many of our employees already live in Greenpoint, Williamsburg and Bushwick, and they can bike to work,” Max Haot, the co-founder and CEO of Livestream, said in an interview in Brooklyn Magazine. “If you can avoid a 40-minute commute each morning that makes a big difference. Since the move we’ve seen an unprecedented number of resumes.”

In a survey of the Livestream employees, 65 percent of their Brooklyn workforce stated that they commute either on foot or on bike every morning. The only time they don’t hoof or pedal it? When the weather forces them onto the subway or bus during those lousy fall or winter months, normally only in January and February. Another surprise from Livestream? Of the remaining Livestream employees that don’t either bike or walk, only 5 percent of them take the subway to work, with the other 30 percent choosing to drive in. Car transportation is only going to grow as an alternative in Brooklyn, too: witness the recent rumblings about massive new parking lots on the Sunset Park water. Of course, the subway system will always be important to commuters—but many in the Brooklyn real estate community are intrigued by how these different ways to get to work will continue to boost commercial growth within the borough.

“While many Brooklynites are very happy living, working and staying in Brooklyn, proximity to convenient subway access to one of the largest market centers in the world remains a core fundamental behind real estate value,” said Michael Amirkhanian, executive director of Cushman & Wakefield. “I see alternative transportation, such as biking, not as a disruption, but more as an exciting extension to help link in certain pockets of the borough that may have historically been hindered by lack of train access.”

Getting ahead of this curve when it comes to Brooklyn development is absolutely essential as the borough grows, and the innovation economy is embracing the new generation of New York employee who doesn’t need to shuffle through the subway lines in order to get their desks in the morning. LIVWRK, for example, just announced at the TerraCRG’s Only Brooklyn Real Estate Summit that their 160 Van Brunt Street property just secured a 40,000-square-foot tech tenant without the use of brokers. With these emerging trends in mind, what’s an obvious selling point for the building? Great access to bike paths and parking for the local employees and new recruits of the rapidly-expanding, buzz-worthy tenants that will be commuting from surrounding neighborhoods.

So, it’s time to start thinking outside the subway station box when it comes to Brooklyn. The new Brooklyn workforce is already right there in the borough, ready to put foot to pavement or foot to pedal when they leave their homes in the morning. It’s something the whole New York City real estate industry should better understand.

Adam Spagnolo is the director of marketing and business development for SGA, the award-winning architecture, interior design, VDC and branded environments firm.