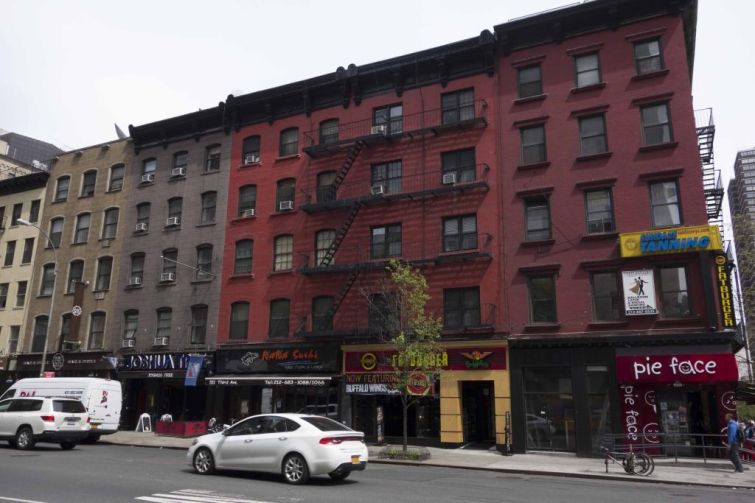 Tequilaville Mexican restaurant will be opening within the next two to four weeks in a space occupied for two years by L.A.-based burger chain FatBurger, Mark Stempel, a vice president of real estate at The Riese Organization, told Commercial Observer.

The Riese Organization is putting the new eatery into a 2,600-square-foot ground-floor space plus basement at 509 Third Avenue on a short-term basis while it works to empty out six clustered buildings to make way for a mixed-use development.

“We own Tequilaville,” Mr. Stempel said. “We were a franchisee of FatBurger so now we won’t have to pay franchise fees. We feel New Yorkers know the Tequilaville name more than Fatburger. We opened one [FatBurger] unit with no commercials to educate the public.”

The Murray Hill location will be the only Tequilaville in the city; there were six or seven of them at one point. Most recently, the one at 12 Vanderbilt Avenue closed.

All of the buildings will be leveled once the remaining five of 40 residential tenants move out in 12 to 18 months, Mr. Stemple said. The residential units at 207 and 209 East 34th Street are already vacant, he said. As for the retailers in the buildings like Burlap Sack Potato Eatery (which opened around nine months ago in the space Pie Face occupied) and a 99-cent pizza joint, Riese has cancellation clauses in the leases.

The site can accommodate a 140,000- or 150-000-square-foot, 16- or 18-story residential and retail building, possibly with a hotel, he said. And that’s just if the company builds as of right. But, Dennis Riese, the chairman of the board and chief executive officer of The Riese Organization, emailed CO that he is “planning on building a two-level retail complex on the six properties.”

Mr. Stemple noted: “We are honing in on our final plan but it’s not concrete yet.”

Mr. Riese, whose organization owns the license for TGI Fridays in Manhattan, told CO in August 2014 he was seriously considering opening a Fridays at the location. He confirmed today that was likely still happening.

“My plans still are to knock some or all of the buildings down so I could build a new Fridays on the second floor, with quality retail stores on the street,” Mr. Riese said.

Andrew L. Pettit, Architect has been tasked with filing plans with the city’s Department of Buildings although the design architect has yet to be selected. Company head Andrew Pettit declined to comment.

Update: This story was edited to include plans for the site from Dennis Riese, the chairman of the board and chief executive officer of The Riese Organization.