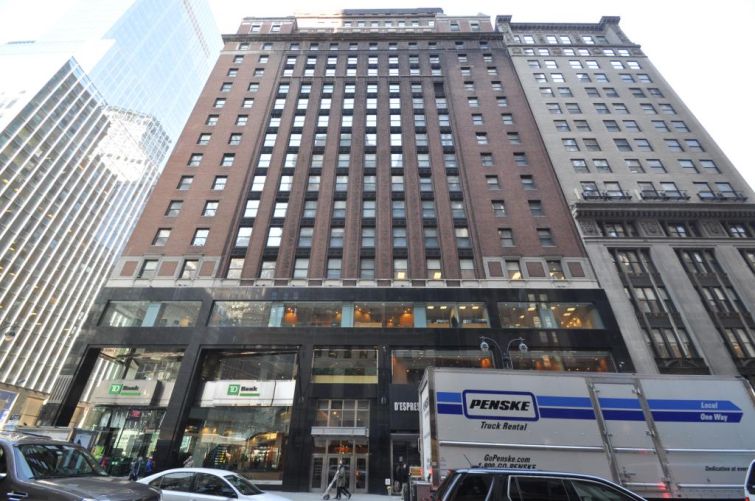 Two demolition workers were injured this morning when removing a piece of ceiling on the second floor of 317 Madison Avenue, a Tishman Construction spokesman said.

The second-floor ceiling came before 10:15 a.m. and first responders came to the scene and transported the pair to Bellevue Hospital, according to a spokeswoman for the New York City Fire Department.

The injured workers, “are doing well and are expected to be released later today,” said the spokesman for Tishman, which is the construction manager for 24-story building. He declined to say what type of work they were doing.

Earlier reports said both workers had sustained serious injuries, which were life-threatening for one of them.

The city’s Department of Buildings is currently on the scene investigating, an agency spokesman said. There are not open DOB violations against the building, according to the agency’s database.

SL Green Realty Corp. owns the building, which sits at the corner of East 42nd Street. It sits next to the proposed 1 Vanderbilt Place, which is currently going through the city’s zoning procedure.

Update: This story was edited with a new condition on the workers and information from a Tishman Construction spokesman.