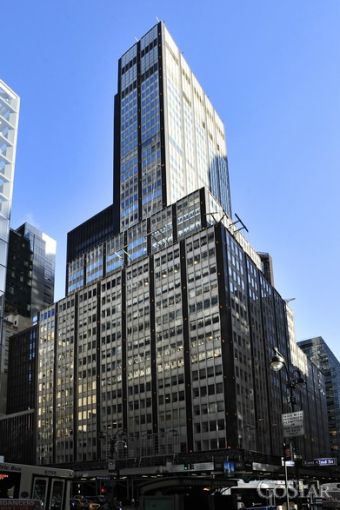 American Century Investment Management is relocating next year to 330 Madison—just a quarter of a mile from its current Midtown East office.

The investment firm signed a lease for 41,210 square feet, or the whole ninth floor, of the 40-story tower between East 42nd and East 43rd Streets, according to CBRE, which represented the tenant. American Century is expected to begin its 15-year lease at the beginning of 2016.

Asking rent was in the mid-$70s per square foot, according to a CBRE spokesman, and the deal closed last week.

Its 30 employees will move just a quarter of a mile away from 666 Third Avenue—part of the Chrysler Complex, bordered by East 42nd and East 43rd Streets and Lexington and Third Avenues. American Century currently  leases 36,500 square feet between the 22nd and 23rd floors, according to CoStar.

Those workers will be joining such tenants as Limited Brands Inc., HSBC and American Industrial Partners in the Vornado Realty Trust building on Madison Avenue. Fred Wells, the director of asset management for American Century, said in a CBRE release that his firm was looking for expansion space and is consolidating its offices to one floor at 330 Madison Avenue.

“In expanding significantly onto one floor at 330 Madison Avenue, American Century Investment Management has secured high-quality space for its growing workforce, while maintaining its prestigious Midtown profile,” Mr. Fabrizi said in prepared remarks.