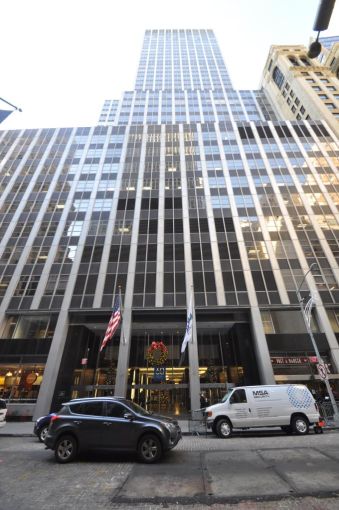 Cowork.rs announced it signed a lease with landlord Piedmont Office Realty Trust for 40,000 square feet at 60 Broad Street, just a three-minute-walk from its other shared working space at 55 Broadway. The company, which competes with WeWork, is leasing the space for 10-plus years and taking the 24th and 25th floors, which will be connected by an internal staircase.

While the new space is a stone’s throw from the 33,000 square feet it lease at 55 Broadway in April, the 60 Broad Street will serve a larger clientele, the company said. The space will accommodate users with 15 to 20 employees, as well as customizable spaces, according to Crain’s New York Business, which first reported news of the deal.

Sean Black of JLL was the sole broker in the deal, per a Cowork.rs spokeswoman. Asking rent was in the $40s per square foot. The 60 Broad Street and the 55 Broadway locations are both slated to open this fall, according to a press release by the company.

“We are thrilled to be leasing this incredible space from Piedmont and to increase our presence in Lower Manhattan,” said Shlomo Silber, the co-founder and chief executive officer of Cowork.rs, in prepared remarks. “The neighborhood is thriving, and we’re excited to provide an ideal working environment that allows for collaboration and is an affordable alternative for small to medium businesses to call home.

Overall this makes the fourth location for Cowork.rs as shared work spaces become more prominent in the city—especially Downtown. Its other locations are in the Flatiron District and a soon-to-open location in Gowanus, Brooklyn.

Rival WeWork boasts 120,500 square feet at 222 Broadway in the Fulton Center section of Downtown. Silverstein Properties’ Silver Suites, a higher-end shared work space, currently has space at 7 World Trade Center. The company is slated to open a 45,000-square-foot office on an entire floor at 4 World Trade Center, as The Real Deal reported in April.