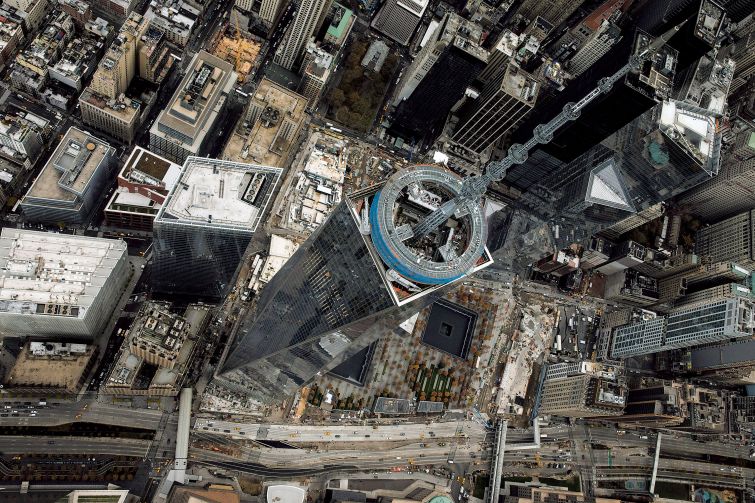 On Aug. 4, 2014, Mr. Bertuzzi, who was employed by Holt Construction, suffered “serious injuries to the body” which have caused him ongoing problems while working on the 93rd floor. In his suit, Mr. Beruzzi says “two sections of scaffolding, which were improperly placed or stacked were caused to collapse on plaintiff thereby causing serious injury to the plaintiff.”

He accuses the defendants of “failing to provide…a safe work environment,” “failing to notice the dangerous, hazardous conditions which could have been noticed among reasonably inspection, supervision and control,” among other allegations.

The suit also charges the defendants with violating New York State Labor Laws because they “failed to construct, shore, equip, guard, arrange, operate and conduct the construction site so that it provided reasonable and adequate protection and safety” to workers.

In their legal responses, the defendants denied culpability.

The building 1 WTC opened last November. Just prior to its opening, the New York Daily News revealed that there were 34 injuries at the World Trade Center site that went unreported to the U.S. Occupational Safety and Health Administration, the agency tasked with enforcing job safety laws. The following month, two window washers were rescued after dangling outside the 68th floor of the building after a scaffold malfunctioned.

It wasn’t immediately clear why Silverstein was named in the suit when the company relinquished the building in 2006 as part of a redevelopment agreement with the Port. The Port, which later brought in Durst as a partner, built the building and manages it.

A search of the OSHA inspection database shows that the agency did not initiate an inspection for Holt or Tishman Construction for an event from Aug. 4, although it is possible the incident could have been reported under another contractor’s name.

Mr. Bertuzzi’s attorney Robert Morici of Morici and Morici didn’t respond to requests for comment and nor did the defendants’ attorney, Grace E. Jang of Segal McCambridge Singer & Mahoney.

Spokesmen for Tishman Construction and the Port declined to comment as litigation is pending. Durst, Silverstein, the Port and Holt didn’t respond to a request for comment.