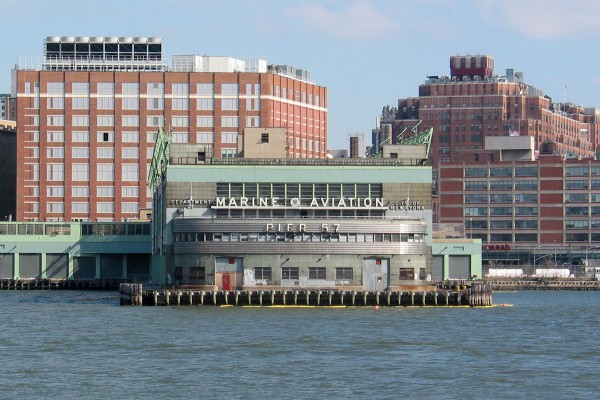 Food celebrity Anthony Bourdain has zeroed in on a location for his Bourdain Market: Pier 57 in the Meatpacking District, Commercial Observer has learned.

The chef is in negotiations for 100,000 square feet at the long-abandoned former shipping and passenger terminal at Pier 57, and the food hall will comprise nearly the entire retail portion at the 560,000-square-foot Pier 57, renamed “SuperPier,” at West 15th Street and the Hudson River, sources with knowledge of the deal said. Apparently the TV host is negotiating directly with the developers.

Stephen Werther, Mr. Bourdain’s business partner, said that the food hall will “include a farmers market with an oyster bar, bakery, tapas bar and much more,” according to Eater. It will house 100 vendors—some permanent, some for a few weeks at a time—and will include a rooftop beer garden.

The new food court will cost between $20 million and $30 million to build, Eater indicated.

“We will work with the tourism boards to create a complete experience of the place. Not just prepared food or packaged food but serving ware, cookware, cookbooks, cooking demos, everything to promote the area,” Eater quotes Mr. Werther as saying.

Mr. Bourdain will be joining Google at the RXR Realty and YoungWoo Associates site, which will include retail, office and a park. Crain’s New York Business reported yesterday that the Internet company signed a letter of intent for 250,000 square feet at the pier. RXR didn’t respond to a request for comment.